The last 'calm' and 'competent' person just left the Trump admin — should we be afraid? 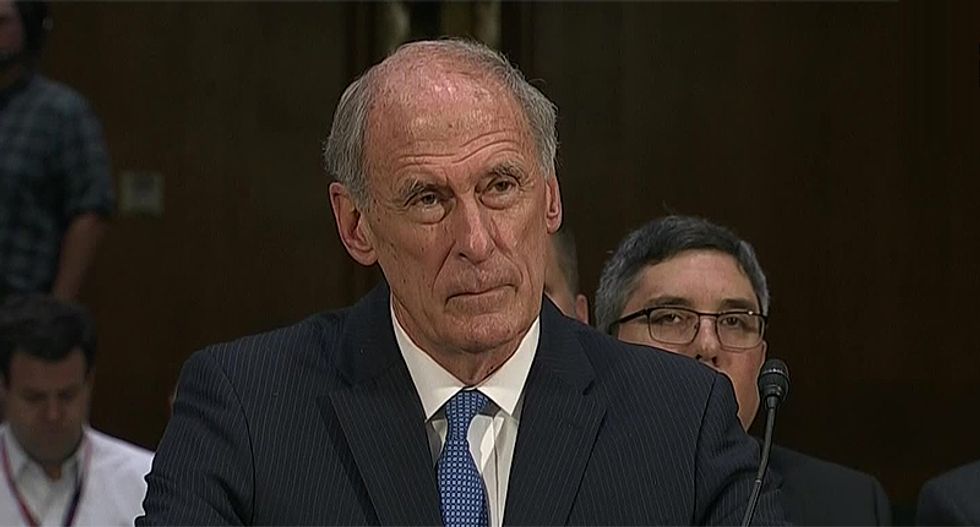 On Monday, Washington Post columnist Michael Gerson broke down the departure of Director of National Intelligence Dan Coats from President Donald Trump's administration — and what the loss of his "calm competence" means for the integrity of intelligence gathering in the United States.

"Coats’s proposed replacement, Rep. John Ratcliffe (R-Tex.) is so manifestly unqualified that he may face confirmation problems with the Senate Intelligence Committee. But this is presumably the point," wrote Gerson. "Trump’s proposed director of national intelligence, his secretary of state (Mike Pompeo), his defense secretary (Mark T. Esper), his acting chief of staff (Mick Mulvaney), and his national security adviser (John Bolton) are leaders who owe their prominence to Trump’s largesse and have no intention of either checking or limiting the president. This was not true of Coats, a former senator and ambassador, former ExxonMobil chief executive Rex Tillerson, four-star generals Jim Mattis and John F. Kelly, and Lt. Gen H.R. McMaster, who served in those same positions, respectively."

Coats, Gerson noted, was the last of these figures to remain in Trump's administration — and the last powerful voice of dissent when politics clashes with national security.

"Coats was willing to speak truth to power in an administration that fears and despises inconvenient truth" wrote Gerson. "Playing this role is a particularly difficult and admirable form of public service. When it comes to election interference by foreign powers, or the nuclear ambitions of North Korea, Trump prefers to live in pleasing dreams, and views honesty as disloyalty to his person. As director of national intelligence (DNI), Coats has been a model of intelligence objectivity, even under White House pressure — earning him the respect of career intelligence professionals. For evidence, look at his remarks to the Hudson Institute in July 2018. 'It was in the months prior to September 2001 when, according to then-CIA Director George Tenet, the system was blinking red,' Coats said. 'And here we are nearly two decades later, and I’m here to say the warning lights are blinking red again. Today, the digital infrastructure that serves this country is literally under attack.'"

The Office of the DNI, Gerson said, is not a particularly powerful one — but his loss still marks something profound.

"Thirty years ago, as a newly appointed senator from Indiana, Coats gave me my first job in government," wrote Gerson. "I still have no idea what he saw in such a green, awkward introvert. But I know what I received from him. Serving in Coats’s office was like a vaccine against political cynicism. He was one of the original compassionate conservatives, driven by conscience to promote the work of private and religious charities fighting addiction and homelessness. He believed Republicans should have something distinctive to offer in the pursuit of social healing and justice. He was eager to work with Democratic senators on innovative policy ideas. And, in public and private, he was unfailingly decent, kind and humble."

"This is not the spirit of the age," conceded Gerson. "But would American public life be better off with more empathy, more cross-party cooperation, more policy creativity, more simple kindness and less anger and arrogance? Anyone who affirms this should hope that Coats has successors, as well as a further act in his own story."