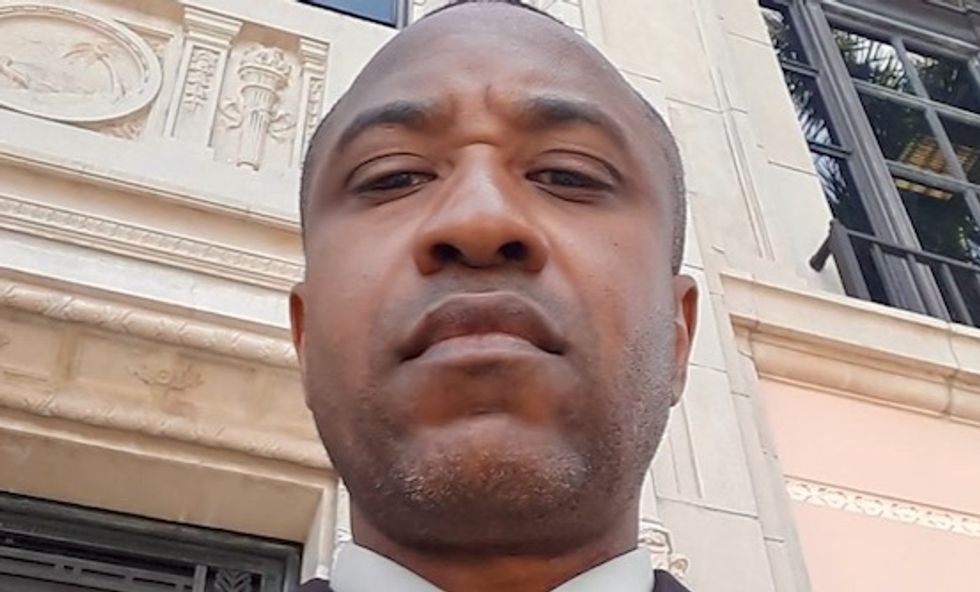 A Florida man is running for a non-partisan seat on the St. Petersburg city council, and he's running on an extremely homophobic platform.

Chico Cromartie says being gay is not part of the "American principles."

He says being gay is a choice.

And he says "to hell with gay pride," according to the Tampa Bay Times.

"He doesn't honor the Pride flag, promises he won't bow to 'their agenda' and thinks the LGBTQ community is thriving in St. Petersburg at the expense of the black community," the Tampa paper adds.

"It makes me more popular as a leader," Cromartie says about his beliefs. "Because people understand I'm going to lead based on American principles. Not because they choose to be a homosexual."

"The idea that the homosexuals should be considered to receive taxpayer dollars, based on the fact that they choose to be a homosexual, to me is not fair to the other citizens who choose not to be homosexual," Cromartie says. "And if I'm elected, I'm going to dismantle all those policies."

Good luck with that, because doing likely would be illegal.

On social media Cromartie attacks the LGBTQ community and speaks in biblical terms on what appears to be his campaign page (he does not seem to have a separate functioning campaign website.)

In this post he refers to gay people as "vicious, hateful and intolerant," suggests they are harmful to children, and talks about "the true character of the homosexual agenda."

And here, he again speaks in biblical terms, writing, "Jesus was betrayed by Judas for 30 pieces of silver. The residents of South St. Pete have been betrayed by local politicians and advocates alike, for much less!"

On what appears to be his personal Facebook page, which is linked to the campaign Facebook page, Cromartie has many pro-Trump photos and articles. And he suggests prisons have a high rate of LGBTQ incarceration, but says many gay people say they "love" being in jail.

He says, "I will always protect and defend traditional marriage, American families and their values!"

He claims he's "receiving personal threats from homosexuals," and "I'm the only candidate who doesn't give a damn how homosexuals feel and I'm fighting to secure a home and future for your children in South St. Pete!"

He has a photo of a burning gay pride flag on his personal Facebook page.

And then there's this: