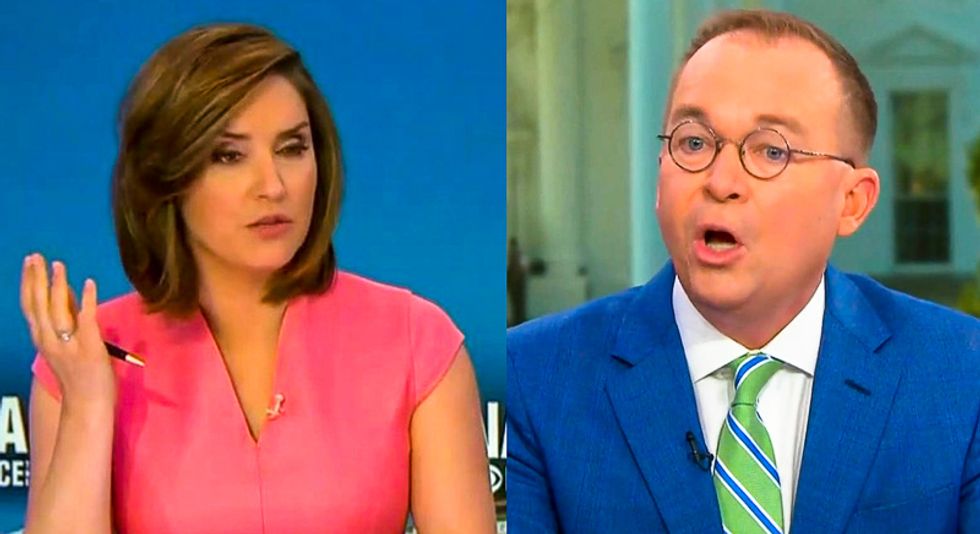 Acting White House Chief of Staff Mick Mulvaney said on Sunday that he understands why some people would view President Donald Trump's tweets attacking a majority African-American district as racist.

In an interview that aired on CBS, host Margaret Brennan pressed Mulvaney about Trump's recent attacks on Rep. Elijah Cummings (D-MD), who is black.

According to Mulvaney, Trump made the racist remark because Cummings spoke badly of the conditions at migrant detention facilities.

"Does the president speak hyperbolically? Absolutely," Mulvaney said. "Have we seen this type of reaction from him before? Yes. And you will again because he pushes back, he fights back when he feels like he's attacked. And what Mr. Cummings said this week was wrong."

"You know, though, that this is a majority-black district," Brennan pointed out. "The president calls it rat infested. He says no human being would live there. Do you understand that that is offensive to the Americans who do live there?"

"I understand that everything that Donald Trump says is offensive to some people," Mulvaney snapped.

"This is being preceived as racist," Brennan interrupted. "Do you understand why?"

"I understand why but that doesn't mean that it's racist," Mulvaney insisted. "The president is pushing back against what he sees is wrong. It's what he's done in the past and he'll continue to do it in the future."