Trump and the GOP stand for 'blaming others if you're not happy where you are': Democratic congressman 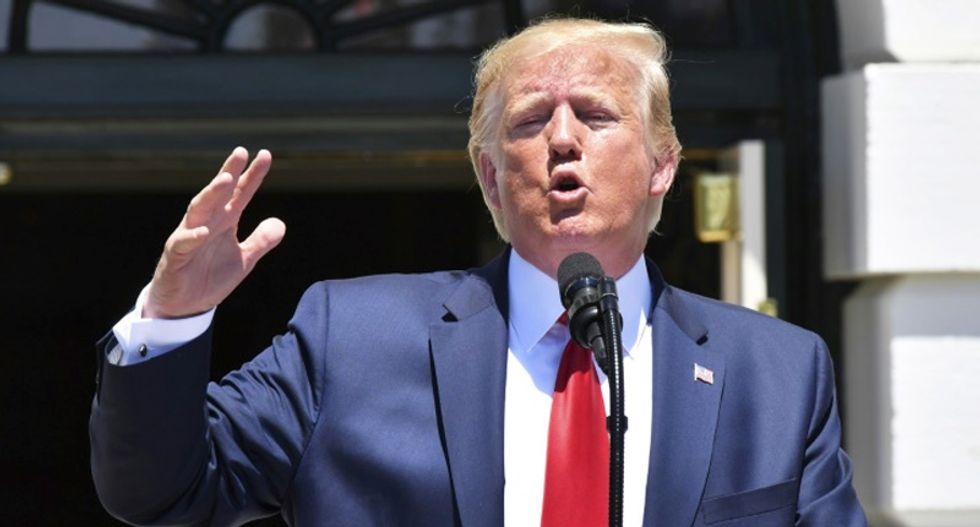 Unapologetic about his racist attacks on four Democratic congresswomen of color, President Donald Trump stood smugly by at his Wednesday rally in Greenville, South Carolina as his supporters attacked Rep. Ilhan Omar (D-MN) with chants of "Send her back! Send her back!"

In conversation with CNN's Chris Cuomo, Rep. Cedric Richmond (D-LA) denounced it as just standard operating procedure for this president and the party that elected him.

"I want to talk health care, but ... [Trump] ain't going to campaign on health care," said Cuomo. "He's going to campaign that there's something wrong with the way you look and people like you are a little bit of a danger. And we're a little bit better off when you guys stay where you were before you were here. That's his campaign. He is confident. How do you counter?"

"Chris, I think there's a book called Stranger in Their Own Land, which adequately portrays what Trump does," said Richmond, who co-chairs Vice President Joe Biden's 2020 campaign. "And that is he will convince people to vote against their own self-interest by convincing them the reason why they don't like their status in life is that minorities are skipping the line to take benefits that they should have, and that government is picking winners and losers and the government are picking black people and brown people and women over them simply because of their minority status."

"And I think you have to call them on it," added Richmond. "We can't sit here and pretend that people don't fall for it. I see people in Louisiana, I see people in Mississippi, Georgia vote against their self-interest all the time, because of their emotions and the fact that the Republican leadership has chosen to campaign by division and blaming others if you're not happy where you are."