Trump faces furious mockery for getting the name of presidential jet wrong: 'All aboard Aircraft One!' 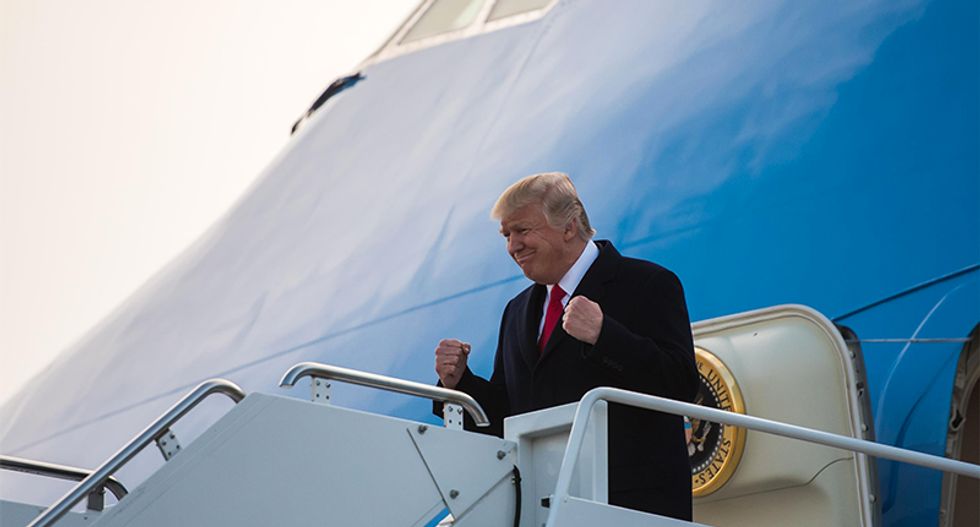 President Donald Trump mystified and dismayed Americans by mixing up the name of Air Force One in a carnival-barking tweet drumming up interest in his Fourth of July spectacle.

Trump referred to the presidential jet as "Aircraft One" in the tweet, suggesting that the plane might perform a stunt during Thursday's event. 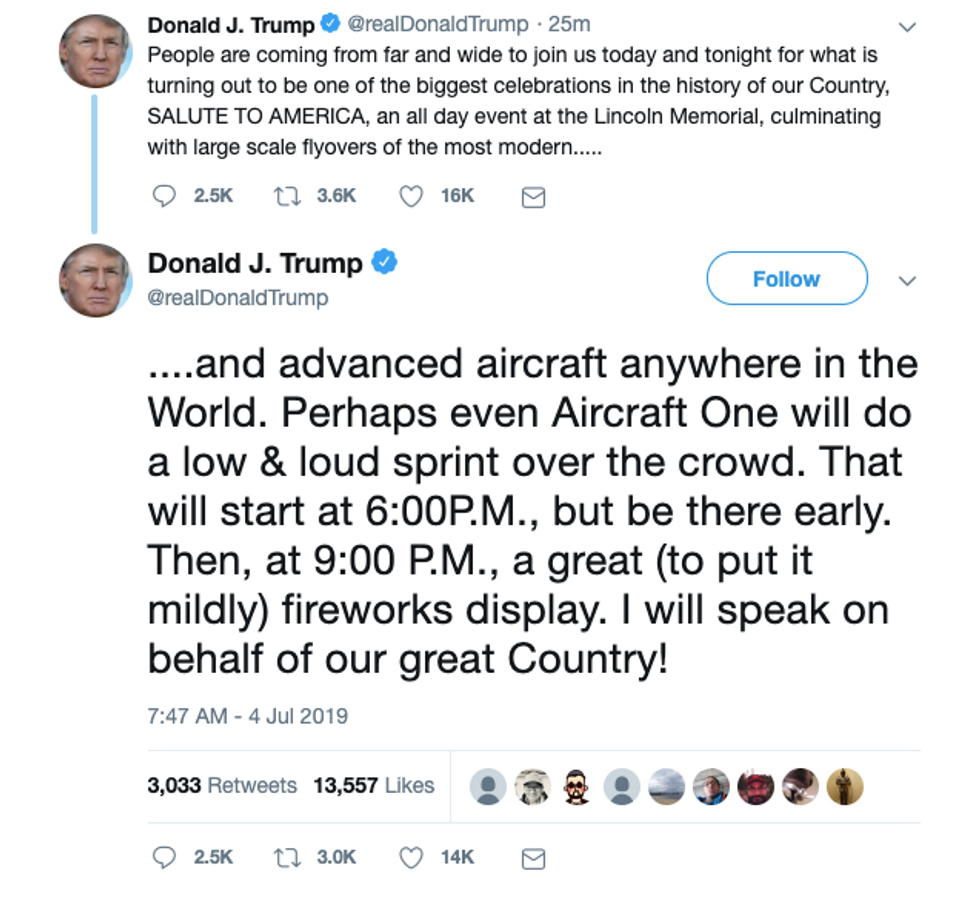 Other Twitter users quickly corrected his error, and Trump deleted the tweet and sent out a corrected version about an hour later.