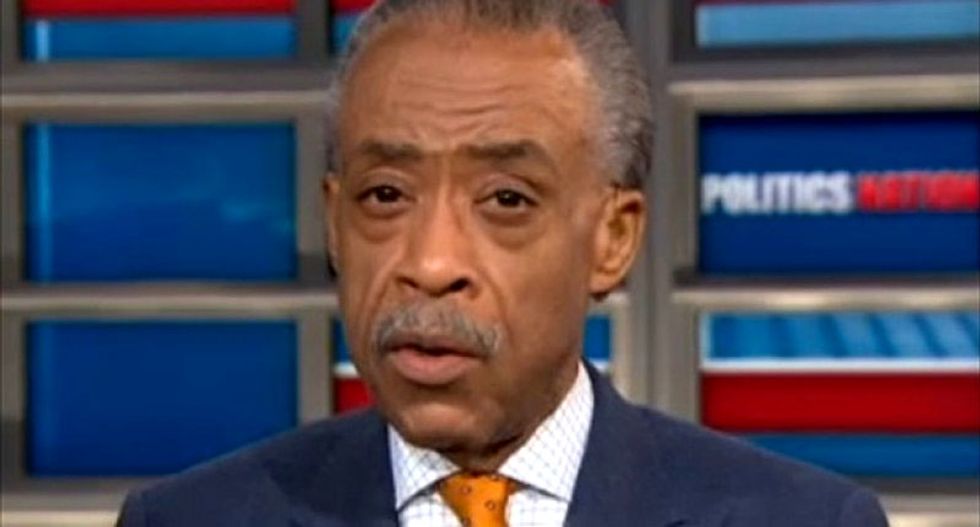 The president has been hurling racist abuse at black, Latino and Muslim lawmakers -- along with the city of Baltimore -- and he next targeted civil rights leader and MSNBC broadcaster Rev. Al Sharpton.

"I have known Al for 25 years," Trump tweeted. "Went to fights with him & Don King, always got along well. He 'loved Trump!' He would ask me for favors often. Al is a con man, a troublemaker, always looking for a score. Just doing his thing. Must have intimidated Comcast/NBC. Hates Whites & Cops!"

Trump was apparently angered that Sharpton was going to visit Baltimore, which Trump has insulted with racist language as part of his efforts to slur Rep. Elijah Cummings (D-MD).

"Baltimore, under the leadership of Elijah Cummings, has the worst Crime Statistics in the Nation," Trump continued. "25 years of all talk, no action! So tired of listening to the same old Bull...Next, Reverend Al will show up to complain & protest. Nothing will get done for the people in need. Sad!"