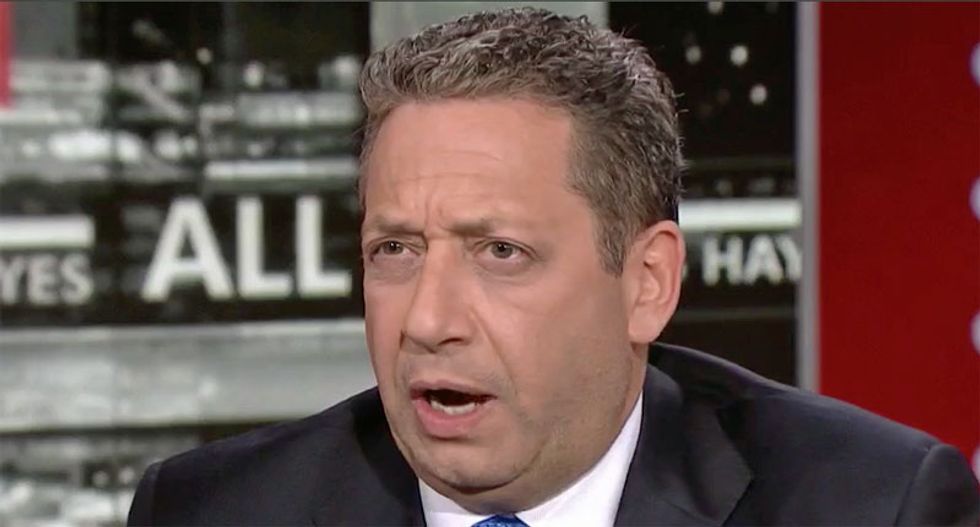 House Intelligence Committee Chair Adam Schiff (D-CA) has allowed a former key Trump Organization executive -- with links to the Russian mob -- to testify before closed doors on Tuesday after he slept through his previously scheduled questioning.

"Felix Sater, a former business associate of President Donald Trump who was the chief negotiator for the defunct Trump Tower Moscow project, will testify before the House Intelligence Committee on Tuesday morning, according to a person familiar with the matter," The Daily Beast reports.

During the 2016 campaign, Trump lied to voters about pursuing the project, which he thought would be the biggest deal of his life.

"Sater has testified several times in the last year about issues related to the Trump Tower Moscow project, which has been a central focus of the Democrat-led committee’s investigation into whether Trump is compromised by foreign actors," The Beast reported. "Sater was initially scheduled to testify before the panel in public in March, but the completion of special counsel Robert Mueller’s investigation prompted Schiff to postpone the interview. It was later rescheduled and moved to a private setting because the topics also deal with highly sensitive national security issues related to Sater's prior work with the government."