Trump's immigration czar snarls at CNN's Camerota after she busts him for lying about president's tweets: 'So what?' 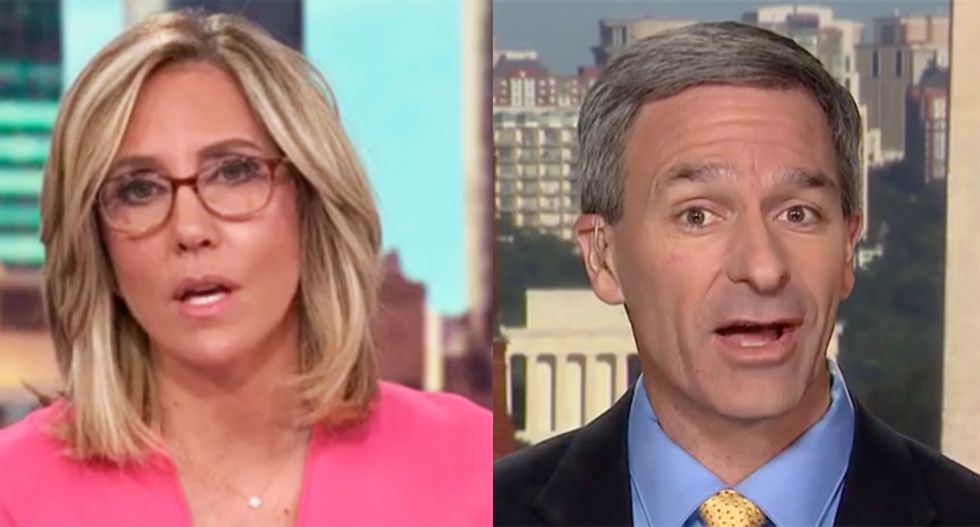 In a highly contentious CNN interview, Ken Cuccinelli, Director of the Citizenship and Immigration Services, snapped at CNN's Alisyn Camerota after she called him out as a liar for denying knowledge of Donald Trump's grotesquely racist tweets on Sunday.

Appearing on CNN's "New Day" to discuss ICE raids, the Trump aide claimed he was too tied up over the weekend with immigration details to be aware of the tweets that have dominated the news for almost 24 hours.

With Cuccinelli professing, "Well, I didn't see that tweet actually. I spent the weekend reading litigation and regulatory materials related to asylum," the CNN host refused to let up asking him to condemn the president's remarks about non-white Democrats going back to where they came from.

"Now that I'm reading it to you is just the concept of the president of the United States telling duly-elected Congresswomen of color to go back to where they came from, the countries they came from," the CNN host pressed. "These are U.S. citizens, so you don't find that racist?"

"No," he immediately replied to which she shot back, "So how do you see it?"

"I don't, you're going to have to ask the president about that," he parried.

With Cuccinelli insisting that he didn't spend time on Twitter over the weekend because he was too busy, he then complained that the host was not letting Trump's tweets "go" so he could talk about what he wanted to talk about.

"You are the representative of immigration," she charged.

'Yes, I'm not the representative of Twitter," he smirked.

That was when the CNN host busted him for lying.

"Did my colleague, Jake Tapper read you that tweet yesterday?" she asked.

"Yes, he did," the immigration czar admitted.

"So you have heard this tweet before and you have had 24 hours to process it," she pressed.