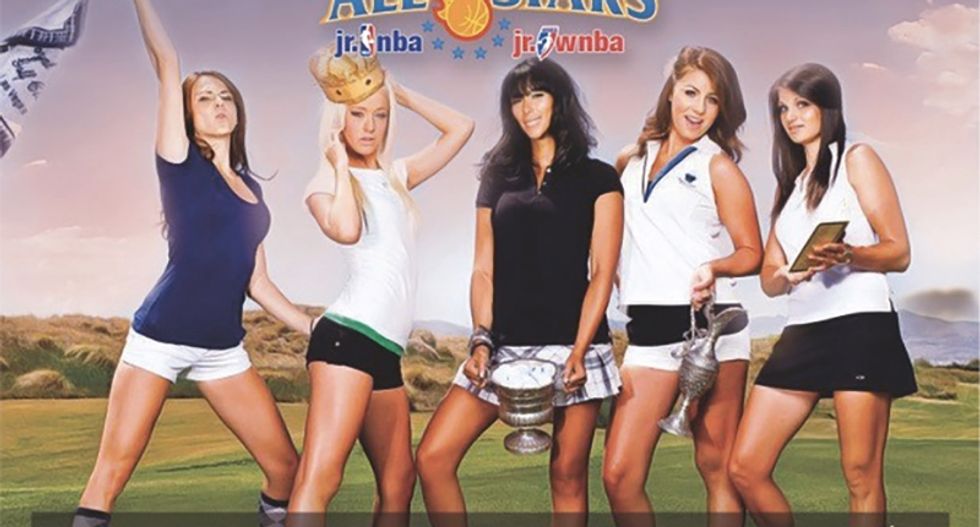 Washington Post reporter David Fahrenthold broke the news Tuesday that a Miami-area strip club will allow golfers to pay to buy a dancer to serve as a "caddy girl" while they golf.

The “Shadow All Star Tournament” is hosted by a club called Shadow Cabaret in Hialeah, an area northwest of downtown Miami.

"The Trump name and family crest are displayed prominently in the strip club’s advertising materials, which offer golfers the 'caddy girl of your choice,'" Fahrenthold observed.

Emanuele Mancuso, Shadow Cabaret’s marketing director, told WaPo that the strip club didn't mean to make any kind of political statement by having the event at Trump's club. Instead, it was more about the luxury of the location.

“They deserve a VIP environment,” he said.

He also noted that there would not be any nudity at the resort and caddies will be wearing pink miniskirts and a "sexy white polo." The group will then return to the cabaret for a "very tasteful" burlesque show that "could" include nudity, however.

“They’re going to be clothed the whole time” at the golf course, Mancuso told Fahrenthold. “At the venue is different.”

The proceeds are going to a basketball-themed children's charity and the Trump Organization said that they didn't approve any of the advertisements before they were published. The charity said that they serve about 40 young people, but there seems to be problems about the charity's status.

Franco Ripple, a spokesman for the state of Florida told The Post that the charity isn't registered in the state.

Carlos Alamilla, the charity’s director, said that he would not be bringing the charity's beneficiaries to the fundraiser.

Read the full report at The Washington Post and see the poster for the event below: