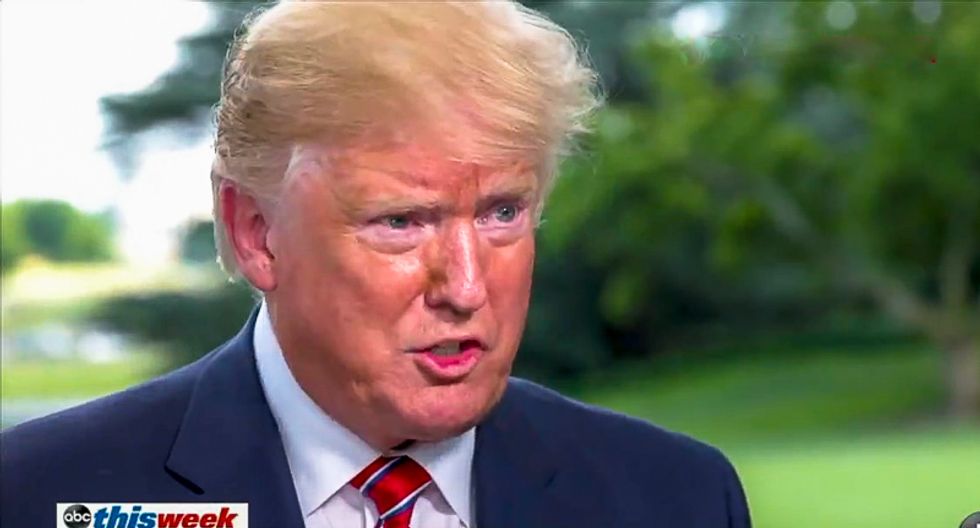 British Ambassador to the US Kim Darroch was once an ally to President Donald Trump's White House and a friend to the Trump family, but after Darroch was asked to write an assessment that became public, things have become strained.

Cables were leaked to the Daily Mail quoting Darroch's caution to the U.K. government that Trump's "career could end in disgrace," and described conflicts in the White House as "knife fights." But it was the accusation that Trump was "inept" and "incompetent" that likely prompted the president to fume.

"We will no longer deal with him," Trump tweeted Monday.

The U.K. has been quick to apologize and try to smooth things over with the U.S. but Amy Davidson Sorkin at The New Yorker noted that the true humiliation belongs to the U.S.

While the story is certainly a politically difficult one for the U.K., the cables "should, rightly, also be an embarrassment to the Republican Party, and to all those who work with Trump," Sorkin wrote Tuesday.

She noted that a spokesperson for Prime Minister Theresa May said that the government certainly regretted the leak but that they rely on diplomats like Darroch to be honest about what they see. Darroch’s boss, Foreign Secretary Jeremy Hunt, disagreed with the assessment, saying "the U.S. administration is highly effective."

Darroch comments about Trump may be sending officials on both sides of the pond to scurry, but his observation of what has changed since 2016: The GOP is 100 percent behind Trump, regardless of what mistakes he makes or how detrimental he is to their party. To make matters worse, Darroch was personally linked with the Trump family, knowing first daughter Ivanka Trump well. He noted that the "gatekeepers" in the White House were just as susceptible to flattery as Trump is. They loved the visit to the U.K. that was filled with finery and attention lavished on the family.

“We don’t really believe this Administration is going to become substantially more normal; less dysfunctional; less unpredictable; less faction riven; less diplomatically clumsy and inept,” wrote Darroch in his assessment. That phrase was heard not only by Trump's defenders, but the global community struggling to figure out how to deal with the United States.

“We could also be at the beginning of a downward spiral, rather than just a rollercoaster; something could emerge that leads to disgrace and downfall,” he also wrote. Indeed, Trump's entire presidency has seen a series of "downfalls" and "disgrace," and that isn't likely to change. Darroch isn't the only one aware of it, countries Trump considers friend and foe all heard those words.