US launches investigation into France’s plan to tax tech companies 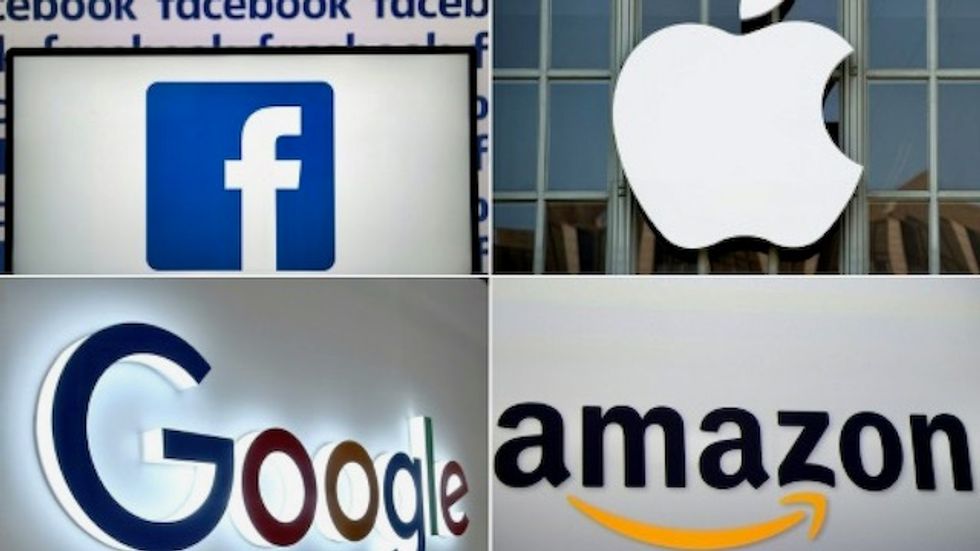 Dubbed the GAFA tax, an acronym for Google, Apple, Facebook and Amazon, the law will levy a 3% tax on total annual revenues of the largest tech firms providing services to French consumers AFP/File

US President Donald Trump on Wednesday ordered an investigation into France's plans to tax technology companies, a probe that could lead to the United States imposing tariffs as part of a new trade tiff with the EU.

Dubbed the GAFA tax – an acronym for Google, Apple, Facebook and Amazon – the legislation will impose a levy of 3 percent on total annual revenues of the largest tech firms providing services to French consumers.

"The United States is very concerned that the digital services tax ... unfairly targets American companies," US Trade Representative Robert Lighthizer said in a statement announcing the investigation on Wednesday.

The move gives Lighthizer up to a year to investigate if France's digital-tax plan would hurt US companies.

The "Section 301" investigation will determine if the levy represents an unfair trade practice.

France on Thursday criticised US plans for an investigation, saying it could trigger punitive tariffs and adding that "threats" were not the way to resolve disputes.

"Between allies, I believe we can and must resolve our differences in another way than through threats," Economy Minister Bruno le Maire told the French Senate ahead of the vote on the tax.

"It is the first time in the history of the relationship between the United States and France that the US administration has decided to open a procedure under Section 301," he said.

This type of investigation is the primary tool the Trump administration has used in the trade war with China to justify tariffs against what the United States says are unfair trade practices.

Le Maire said in March that a 3% tax on the French revenue of large internet companies could yield €500 million ($563 million) a year. He said the tax would target some 30 companies, mostly American but also Chinese, German, Spanish and British, as well as one French firm and several firms with French origins that have been bought by foreign companies.

The tax would affect companies with at least €750 million ($844 million) in annual revenues and apply to revenue from digital business including online advertising.

Companies such as Alphabet Inc's Google, Apple Inc, Facebook Inc and Amazon.com Inc would likely be subject to the tax.

"The digital services tax that France and other European countries are pursuing is clearly protectionist and unfairly targets American companies in a way that will cost US jobs and harm American workers," they said in a joint statement.