WATCH: Gas station employee busted for snarling at customers to go back to Mexico or 'ICE will come' 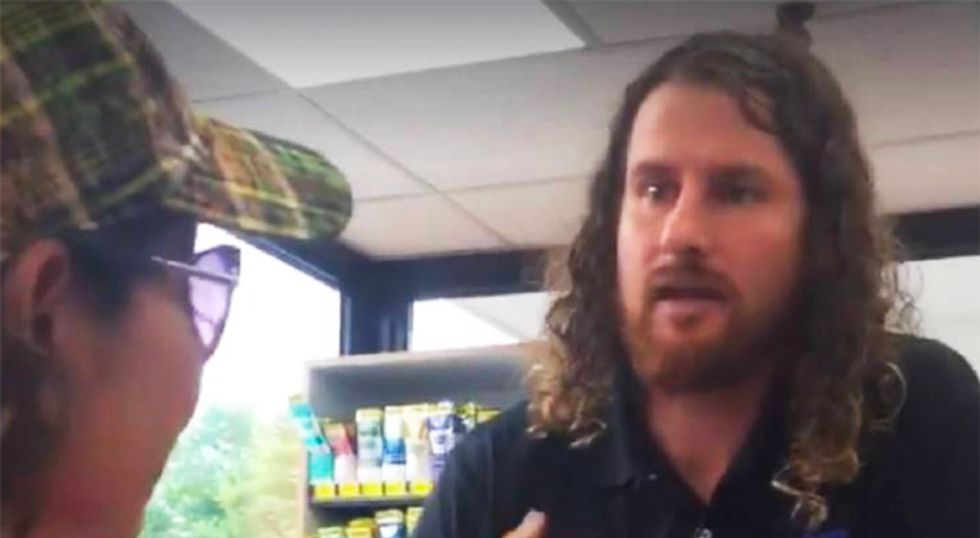 In a video posted to Facebook, an employee at a Bucky's Mobil store in Naperville, Illinois was caught on video telling two Hispanic women they need to go back where they came from, later adding that ICE would be coming.

According to CBS Chicago, the unidentified man behind the counter was featured in a video posted to Facebook by Mafer Hmurphy of Tabasco, Mexico, who wrote: "Check this guy who didn't want to sell us anything because we are Mexicans, what a way to treat tourists."

When asked what his problem is, he shoots back, "They need to go back to their country. It's illegal," adding as they walk out, "ICE will come… You're in the wrong country."

CBS Chicago reports, "Carolina Buitron told CBS 2, said she was cycling with six family members when a bike broke down near the store. While they waited for help, 15-year-old Indira Buitron went into the store to buy food. Carolina said the clerk told the teen that the food she was buying was expensive and questioned the legal status of her two cousins waiting outside. The teen said they were her cousins visiting from Mexico."

The report states that the Naperville Police Department is investigating the incident.