Megan Rapinoe says neither she nor her teammates want to go to White House: We won't be 'put on display' 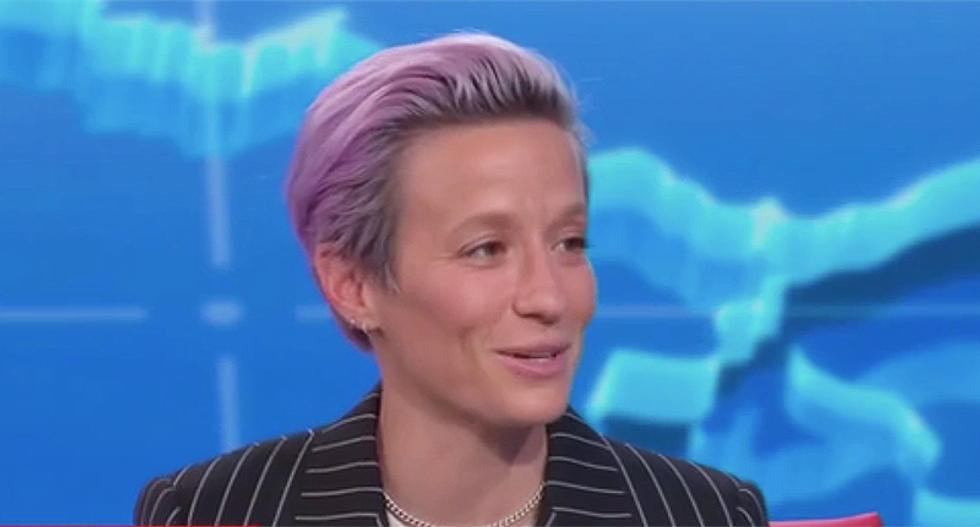 President Donald Trump said that Megan Rapinoe and the U.S. Women's Soccer Team would be invited to the White House whether they won the World Cup or not. Yet, the invitation hasn't yet come. Even if it does, however, Rapinoe said she's not interested and neither are her teammates.

"I would not go and every teammate I talked to would not go," she told Anderson Cooper Tuesday.

"Everyone that you've talked to?" he asked.

"Everyone I talked to. I don't think anyone on the team has any interest in lending the platform we've worked hard to build and the things that we fight for and the way that we live our lives, I don't think we want that to be co-opted or corrupted by this administration," she explained.

She did say that she would be fine with a Congressional "thing" and that they are interested in going to Washington to speak with leaders.

"I think it's an opportunity for this administration to sort of put us on display as their, you know, sort of guest for the day and I don't think that makes sense for us at all," she said. "I can't imagine anyone of my teammates would want to be put in that position. There are so many other people that I would rather talk to and have meaningful conversations that could really if he can

-- affect change in Washington than go to the White House.'

She later said "yes to AOC" and "yes to Pelosi," but not the White House.