White House aides panicked Trump's descent into pure racism is about to blow up in his face: report 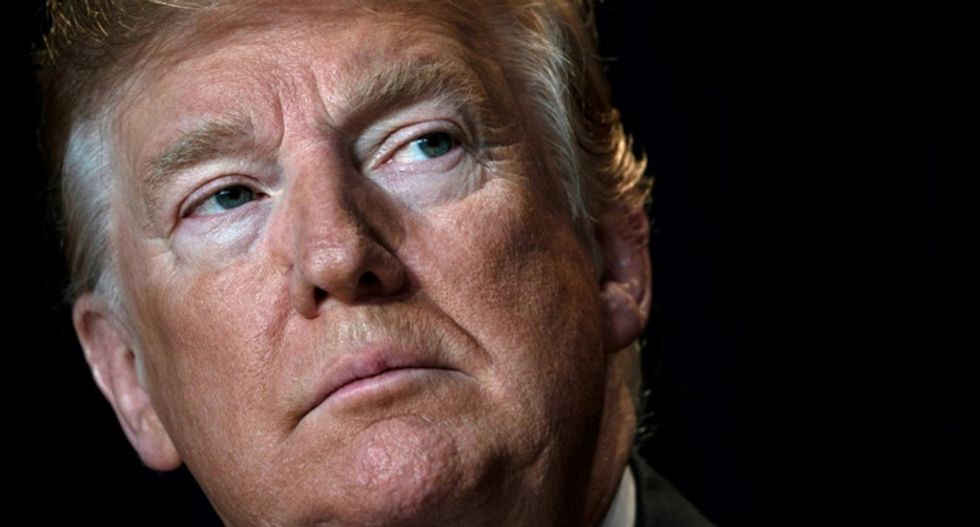 According to a report in the New York Times, White House officials held a frantic meeting on Monday attempting to figure out a way to rein in Donald Trump's increasing use of overt racist rhetoric -- but that no one was sure how to tell him.

After a weekend of attacks on Rep. Elijah Cummings (D-MD), the Times reports "Several White House officials expressed agreement during a senior staff meeting on Monday morning that the president’s attacks were a bad move."

According to sources, the members of the meeting arrived at their conclusion but "they were uncertain who could intervene with him — or if anyone would even dare try."

No one in the White House would admit that the president's attacks on Cummings -- and now on MSNBC personality Al Sharpton -- were part of a grand plan, saying Trump's was ramping up his Twitter raging purely on impulse.

The report notes, White House officials have concluded, "that any political benefit he might derive by revving up his conservative, largely white base could be offset by alienating more moderate voters in the suburbs of states like Wisconsin and Michigan that he needs to win a second term."

Trump's broadside at Cummings -- and by extension Baltimore -- is believed to be in response to the House Oversight chairman's grilling of Acting Homeland Security Secretary Kevin K. McAleenan and his authorization of subpoenas for all work-related texts and emails sent or received by White House aides Jared Kushner and Ivanka Trump.