The View's Whoopi Goldberg rips Alex Acosta a new one over Epstein plea deal: 'Get out!' 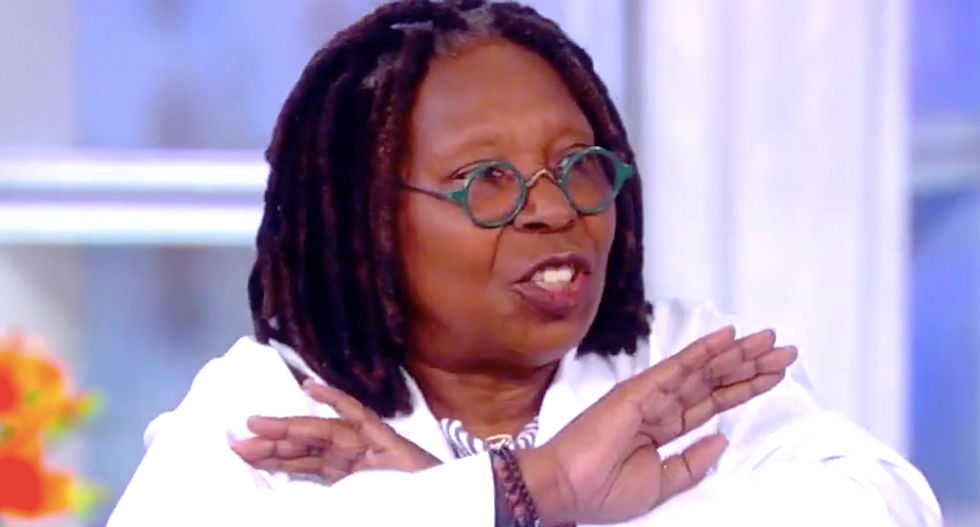 "The View" panelists agreed Alex Acosta must "get out" of the Department of Labor, where he's tasked with enforcing laws against human trafficking, after his role was revealed in securing a lenient plea deal for the 66-year-old Epstein.

"When you're a prosecutor your job is not only to seek justice for the victims of a crime, it's to protect the community from their future crimes," said co-host Sunny Hostin. "By giving him that sweetheart deal, he allowed these new victims to be victimized. He didn't protect the community."

"But also to have him in the position he's in now," Goldberg said, trying to wrap her mind around the disconnect.

"People like Alan Dershowitz shouldn't be on TV right now, while they're being accused of being involved," interrupted co-host Meghan McCain, as Goldberg gathered her thoughts. "A lot of people have a lot to answer for."

"There's a lot of people," Goldberg continued, "but let us just start with the law. The law says you're not supposed to do that."

Hostin, a former federal prosecutor, agreed, saying plea deals cannot be made without consulting the victims, which Acosta did not do as U.S. Attorney while negotiating Epstein's agreement.