'Why?' MSNBC's Morning Joe busts the legal system for letting Jeffrey Epstein get away with unspeakable crimes 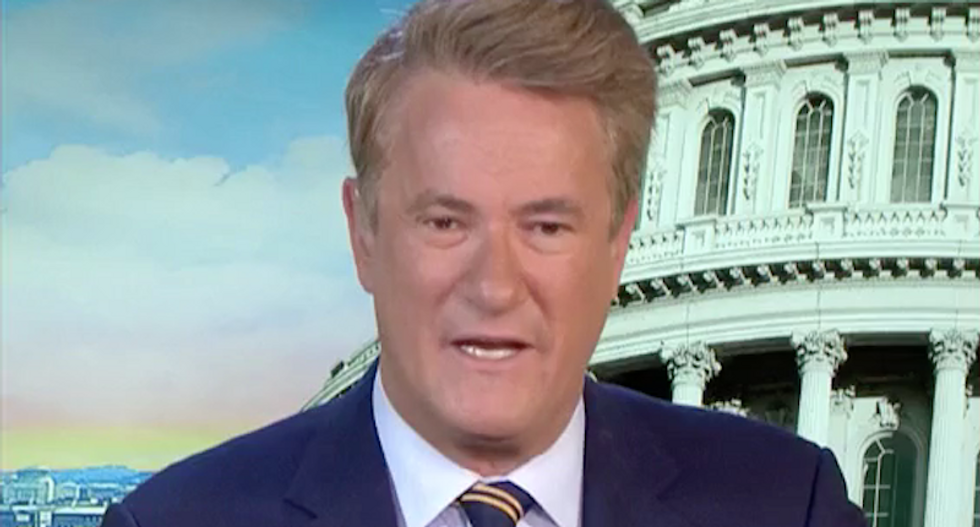 The "Morning Joe" host said Epstein's reputation as a predator was well known by the time Acosta, as U.S. Attorney, reached an illegal agreement that allowed the financier to serve just 13 months in county jail.

"It was very clear," he continued, "even when we go back to that 2002 party where Donald Trump and Epstein were having a party by themselves with all of those calendar girls, the guy that was bringing the calendar girls down, and I put that in quotation marks, said to Trump, warned him, warned him of his reputation with underage girls, said he wanted no part of it. Trump himself in 2002 told New Yorker magazine that Epstein liked young girls. Everybody knew this."

The labor secretary claimed that society viewed sex crimes differently now, but Scarborough pointed out that Acosta had plenty of evidence to suggest that Epstein was a sex criminal who preyed on young girls.

"Acosta by 2007 had 30 young minors coming forward saying that they had been raped or sexually abused or sexually harassed by Jeffrey Epstein," Scarborough said, "and he still put forward a deal that would shield Epstein forever from prosecution. I don't think you can defend that in a press conference."

Scarborough said the entire legal system had failed to hold Epstein accountable and protect the public from a known predator.

"You also now are getting reports out of New York that the DA's office in New York did not check on -- did not make Epstein check in regularly," Scarborough said. "That the New York City Police did not make him check in regularly. We've heard that the Palm Beach County Sheriff's Office would allow him to go from his halfway house being picked up by his valet."

"Everybody was allowing this guy to get away with raping little girls," Scarborough added, "slapping him on the wrist, and doing everything they could to play nice with Jeffrey Epstein, and the question that hovers above all of these jurisdictions and all of these decisions, is why?"