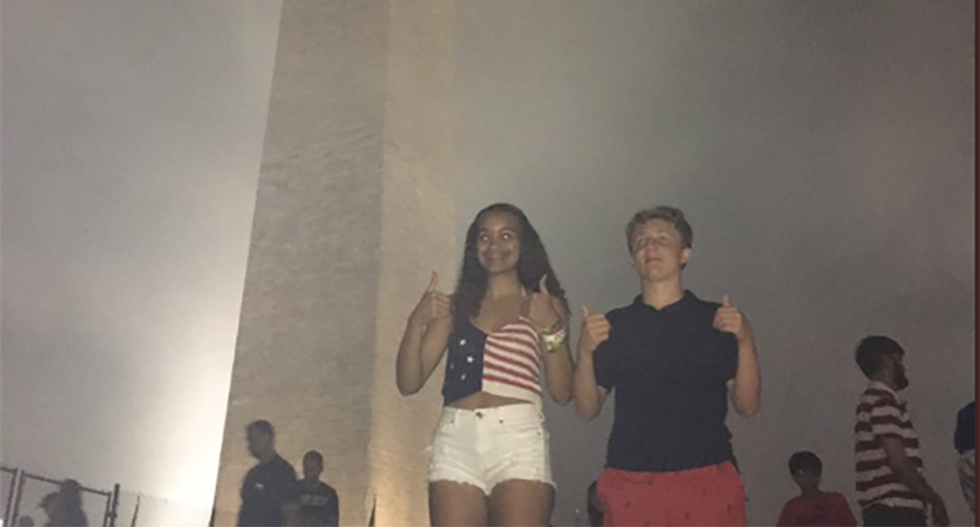 If Washingtonians were atop a building, far above the city, or watching at home on television, the city-wide fireworks display was easily seen. However, for those sitting on the National Mall, the massive display created so much smoke that half of the show was obscured.

Viewers in the city and visiting from around the country had hoped for the world's biggest fireworks display, as promised by President Donald Trump.

The man who typically does the display was joined by Grucci Fireworks.

With a tough day of weather, low-hanging clouds made for a lower ceiling where the display could appear in the skies.

Understandably, there were a lot of complaints. Had the fireworks been the normal size, viewers wondered if they would have been better if the president hadn't doubled the display.

It also caused so much smoke that it wafted through the city and even after 11:00 p.m. EST, the smoke was still going through the streets. Residents called it a "classic TrumpFAIL"

You can see the complaints below:

Wondering why tonight's #fireworks on the #NationalMall were so hard to see through all the smoke? @amelia_draper h… https://t.co/mR7SmgqmSM
— Alex Fruin (@Alex Fruin) 1562299152.0

To close out the Trump 4th of July, the weather is preventing the fireworks smoke from rising, meaning the giant fi… https://t.co/sMayjo5jio
— Will Sommer (@Will Sommer) 1562289860.0

Seriously, y’all, this is ridiculous. None of the smoke is escaping DC. It’s now reached north Dupont. I smell the… https://t.co/ZqEBbqtEXh
— Chris Geidner (@Chris Geidner) 1562292319.0

I’ve lived on U Street for seven years and I’ve never seen this: The smoke from the fireworks downtown has invaded… https://t.co/QyonWIMjGR
— Mark Joseph Stern (@Mark Joseph Stern) 1562293788.0

From the east end of the Mall near the Capitol the fireworks are really underwhelming. And hard to see through the… https://t.co/UULenhbdG7
— Joe Heim (@Joe Heim) 1562289174.0

Did anybody else start to feel really anxious when they could no longer actually see the fireworks through all the… https://t.co/SkhOdLx2L0
— Loren Merchan (@Loren Merchan) 1562291347.0