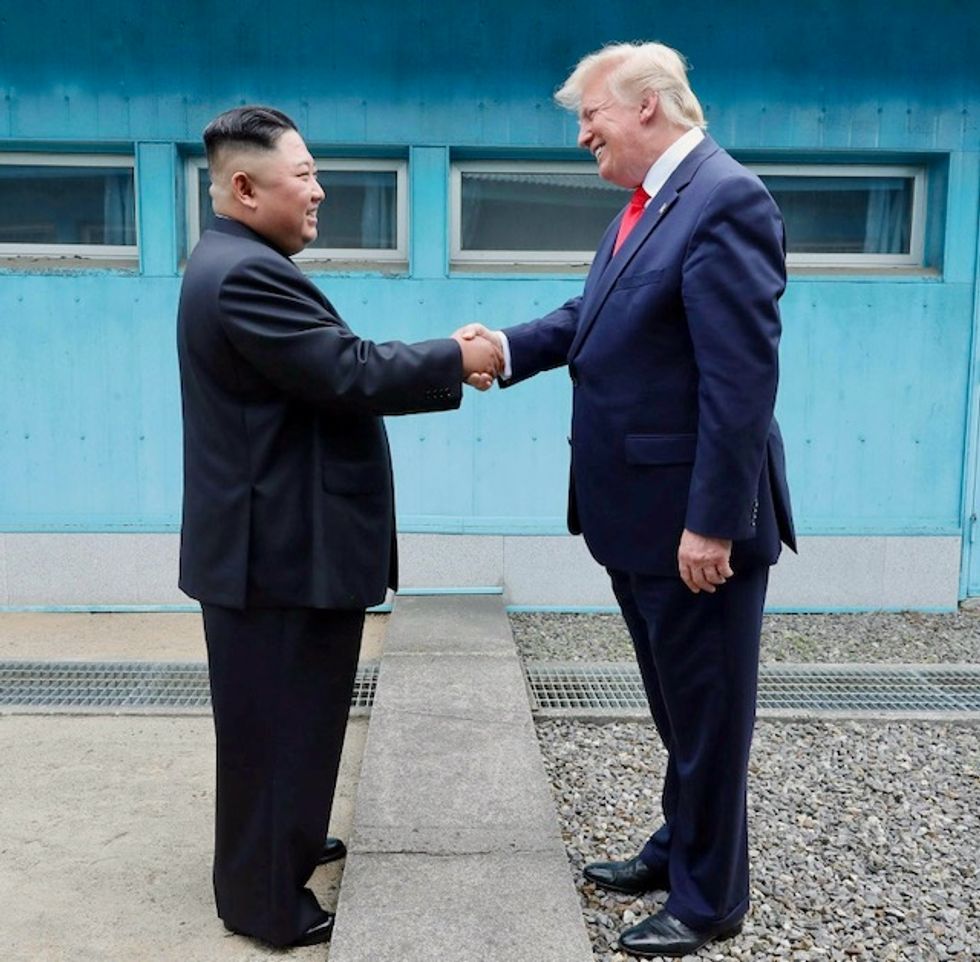 Xi visited North Korea prior to meeting Trump at the G20 in Japan on Saturday, and analysts had said the Chinese leader could use the trip as leverage in his trade war talks with the US leader.

Chinese Foreign Minister Wang Yi told reporters on Tuesday that Xi "pushed for the US to show flexibility and meet the DPRK (North Korea) halfway, including the timely easing of sanctions against the DPRK and finding a solution to each other's concerns through dialogue".

China and North Korea have worked to improve relations in the past year after they deteriorated as Beijing backed a series of UN sanctions against its Cold War-era ally over its nuclear activities.

But Beijing has sought to keep Pyongyang within its sphere of influence and Kim met Xi four times in China in the past four years.

A week before the G20 summit in Osaka, Xi became the first Chinese leader to visit North Korea in 14 years in a trip analysts said was meant to showcase China's influence over the North prior to trade talks with the US.

Trump became the first US president to step on North Korean soil after he and Kim shook hands during their impromptu meeting over the weekend.

Wang said China welcomes the meeting and said the situation on the peninsula now has a "rare opportunity for peace".

"We hope that the political will of the leaders of the two countries can be translated into substantive progress in dialogue and negotiation as soon as possible," he said.

It was a "de-facto declaration of an end to hostile relations and the beginning of a full-fledged era of peace", said Moon, who has long promoted engagement with Pyongyang.

The South Korean leader was instrumental in brokering the landmark summit between Trump and Kim in Singapore last year which produced only a vaguely worded pledge about denuclearisation.

After their latest meeting, Trump said he and Kim agreed to start working-level talks on a denuclearisation deal, ending a standstill in place since the two leaders' second summit, in Hanoi in late February, ended without an agreement.

Talks in Vietnam had collapsed after the pair failed to reach an accord over sanctions relief and what the North was willing to give in return.

Since then, contact between the two sides had been minimal -- with Pyongyang issuing frequent criticisms of the US position -- but the two leaders exchanged a series of letters before Trump issued his offer to meet at the DMZ.

Upon his return from the Korean Peninsula, Trump has faced attacked from critics in the US, who said the US leader was normalising a nuclear-armed Pyongyang.