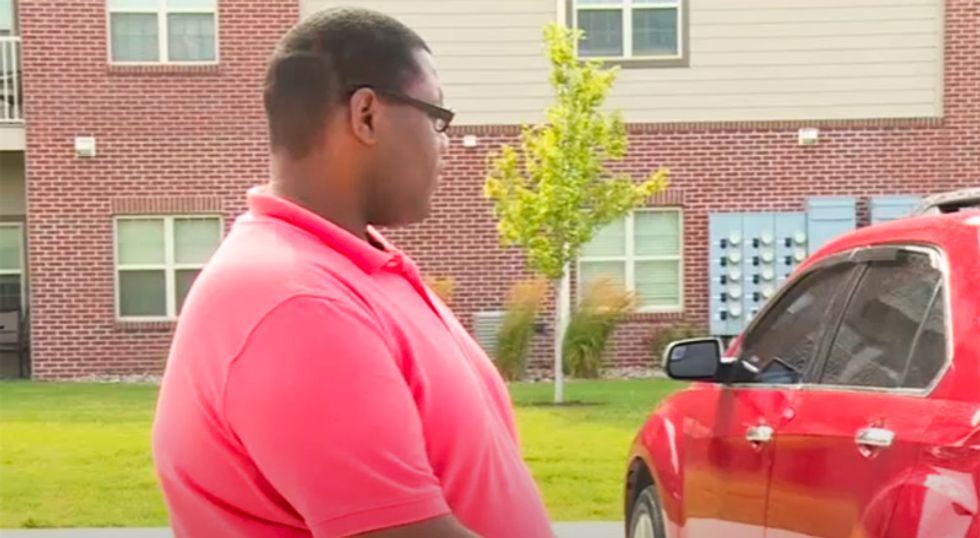 A black Nebraska elementary school teacher reports that he was attacked by an angry mob of white teens while he working at night as a Lyft driver.

According to a report from the Cherokee Tribune & Ledger-News, teacher Jeremy Williams said he was making a Lyft run when he was set upon by the teens after one confronted him while he was waiting and demanded, "You don't look like you belong here."

The reports states that Williams was waiting for his passenger when a pick-up truck approached and pulled up alongside his car. Williams explained he was asked, "What are you doing here?" to which he replied he was picking up a client.

After the teen began beating on his car, Williams said he pulled to the other side of the street whereupon he was set upon by more teens who appeared and pummeled his car as he sat inside with the windows rolled up.

According to the report, "Williams called 911, and when he saw an opening, drove away, following the dispatcher's instruction to meet with an officer at a gas station a short distance away."

Police responding to the call returned to the neighborhood where they interviewed seven teens between the ages of 16 and 17, who attempted to blame Williams by saying he initiated it.

According to the report, Lincoln police are investigating the incident and haven't ruled out labeling it a hate crime.