400 years of black giving: From the days of slavery to the 2019 Morehouse graduation

When African American businessman Robert F. Smith declared during a Morehouse College commencement speech that he would pay off the student loan debt of the entire 2019 graduating class of about 400 young men from the historically black school, he provoked a frenzy. Footage of the jubilant graduates immediately went viral, with an outpouring of hot takes on what the news meant.

As a historian of philanthropy, here’s what caught my eye: Smith said that he was making this roughly US$40 million gift on behalf of eight generations of his family with American roots.

On top of paying tribute to his ancestors, I see this generous act as an extension of the underappreciated heritage of African American philanthropy that began soon after the first enslaved Africans disembarked in Virginia in 1619.

Robert F. Smith told the Morehouse College class of 2019 to applaud their own families and communities for helping them succeed.

The West African people put into slavery brought cultures of giving and sharing with them across the Atlantic. In 1847, for example, enslaved Africans in Richmond, Virginia, donated money through their church to Ireland’s potato famine relief efforts. I believe that their ways of looking after others and pooling resources to survive forms the basis of giving by African Americans today.

And while Oprah Winfrey and basketball star LeBron James bring visibility to black philanthropy in unique ways, it’s important to realize that they contribute only a small share of the at least $11 billion African Americans give to charities each year.

Despite the toll that four centuries of slavery and discrimination have taken on black earnings, African Americans regardless of their economic status have long given generously of their money and time.

I have written extensively about the historical roles of black women as the creators, innovators and purveyors of African American philanthropy. In my forthcoming book about Madam C.J. Walker, the early 20th-century black entrepreneur philanthropist commonly known as the first American self-made female millionaire, I’ve documented this history through her gifts and those made by her peers – other black businesswomen and leaders of clubs.

Before Smith’s announcement, Winfrey had already donated at least $12 million to Morehouse, enabling more than 400 men to graduate debt-free. A $21 million gift to establish the Smithsonian National Museum of African American History and Culture made her its biggest donor – Smith’s own $20 million gift was also among the top three.

Countless other black women, from all walks of life, give of their time, talent and money generously through their churches, clubs, sororities and giving circles – groups of people who pool charitable money for nonprofits they collectively choose to support. Black women also made August Black Philanthropy Month, an international celebration of giving by people descended from Africa.

Smith has said his mother, Sylvia Myrna Smith, set him on a path of generosity. A high school principal, she instilled in him the habit of giving through her annual ritual of donating to the United Negro College Fund to help young people of color gain access to higher education.

A place in history

Smith earned his wealth through technology and finance, and has his own foundation. He has signed the Giving Pledge, through which dozens of the world’s richest people have promised to donate most of their wealth to causes they believe in. But in my view, it would be a mistake to look to the likes of Bill and Melinda Gates and Warren Buffett, the billionaires who created the Giving Pledge in 2010, to understand Robert F. Smith’s philanthropy.

That’s because of the challenges Smith made to the Morehouse graduates benefiting from his gift and his peers as well.

“The liberation of communities we come from depends upon the grit and the determination and the greatness inside of you, using your skills and your knowledge and your instincts to serve to change the world in only the way that you can,” Smith said.

This idea of a responsibility to liberate one’s community links Smith and today’s black donors with those of the past.

One of the black philanthropists in colonial times was James Forten, who was born in 1766 into a free black family in Philadelphia. Introduced to sail-making by his father, Forten apprenticed in the trade after serving on a ship near the end of the Revolutionary War. He became wealthy and a leader in the movement to end slavery.

Forten helped finance abolitionist newspapers while fundraising for the movement and aided runaways who fled slavery in the South.

Thomy LaFon, another early black giver, was born into a free family in 1810 in New Orleans. He grew up in poverty but was a natural entrepreneur who sold food, ran a store, brokered loans and eventually invested in real estate.

LaFon leveraged his clout to advocate for racial equality. He funded a black newspaper and the arts. He financed the American Anti-Slavery Society and the Underground Railroad. LaFon bought property for orphanages and following his death his estate financed two hospitals, a nursing home that still exists, the New Orleans college that became Dillard University and a black order of nuns called Sisters of the Holy Family.

Colonel John McKee was born into freedom in Alexandria, Virginia, around 1819 but became indentured at a young age. 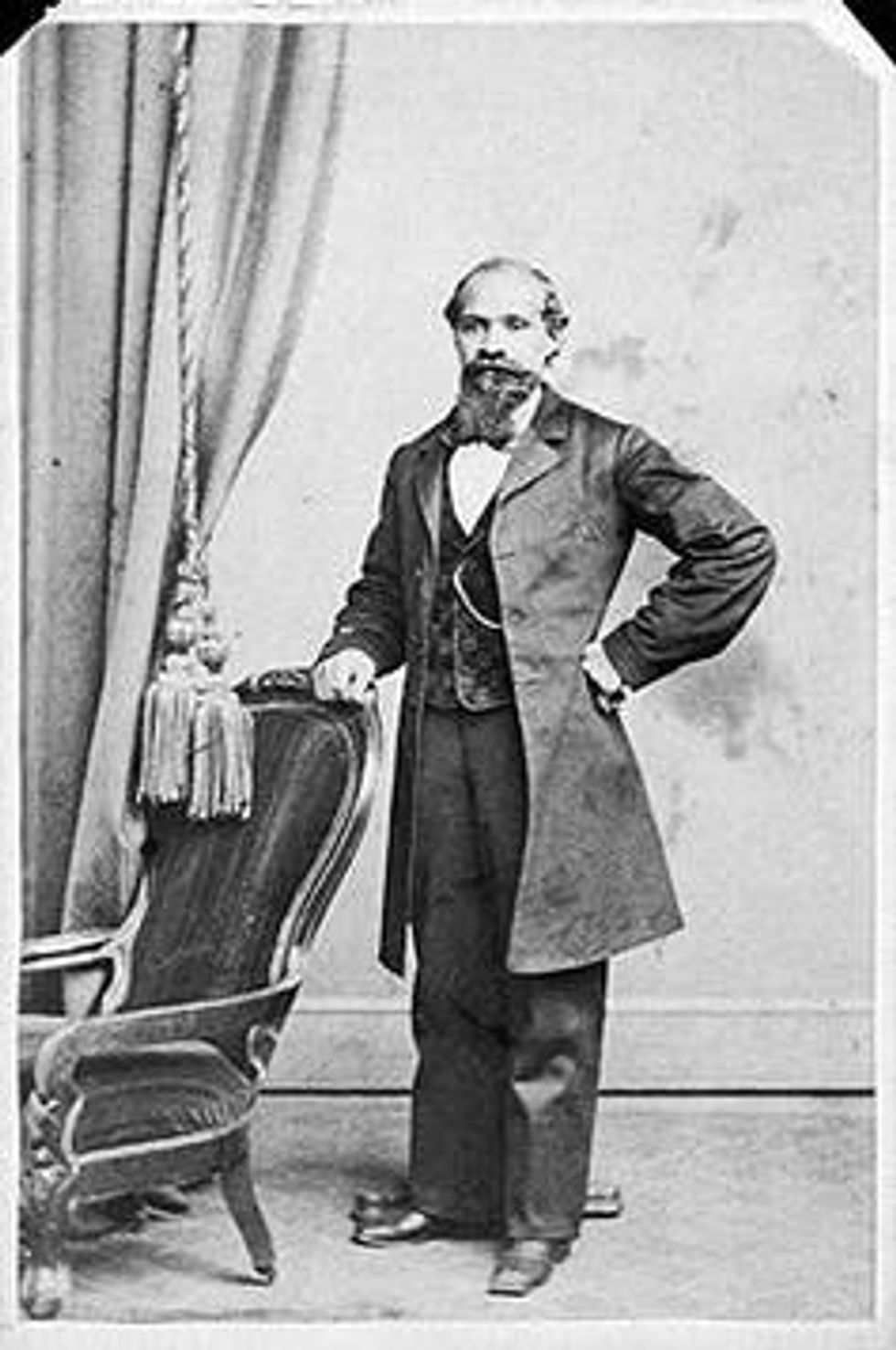 Col. John McKee’s legacy of helping young men without fathers attend college continues, more than a century after his death.

McKee ran a Philadelphia restaurant in his twenties. Over time, he acquired a significant amount of property. He provide housing for the black migrants who traveled north to Philadelphia after emancipation.

When he died in 1902, McKee left most of his reported $2 million fortune to the Catholic Church and a school to educate black and white orphaned boys. After decades of disputes, the McKee Scholarship emerged in the 1950s. It continues to help cover higher education costs for many young fatherless men in the Philadelphia region today.

A.G. Gaston was born in 1892 in Demopolis, Alabama, to parents who had been enslaved. He began building businesses in Birmingham in the 1920s. He ultimately owned an insurance company, a funeral home and cemetery, a business college, motel, bank, radio stations and a construction company.

Gaston worked behind the scenes of the civil rights movement to maintain relations with whites while maintaining a reputation as having a non-confrontational approach to ending segregation. In the 1950s, the entrepreneur helped pay the legal bills tied to a court case seeking the admission of African Americans to the all-white University of Alabama.

He regularly donated or discounted the use of his facilities to house civil rights activists and host meetings. When the police commissioner, Eugene “Bull” Connor, jailed Martin Luther King Jr. and Ralph Abernathy for protesting in Birmingham in 1963, Gaston bailed them out, along with hundreds more protesters.

When the Alabaman, who was reportedly worth $130 million, died in 1996 he left several provisions in his estate for charity. Birmingham’s A.G. Gaston Boys and Girls Club is still operating.

With this gift and the rest of his big donations, Robert F. Smith has assumed his place in this philanthropic history, and encouraged other African Americans to do the same.