'A decision for the woman': Beto O'Rourke trounces man wanting to protect his rights as a former fetus 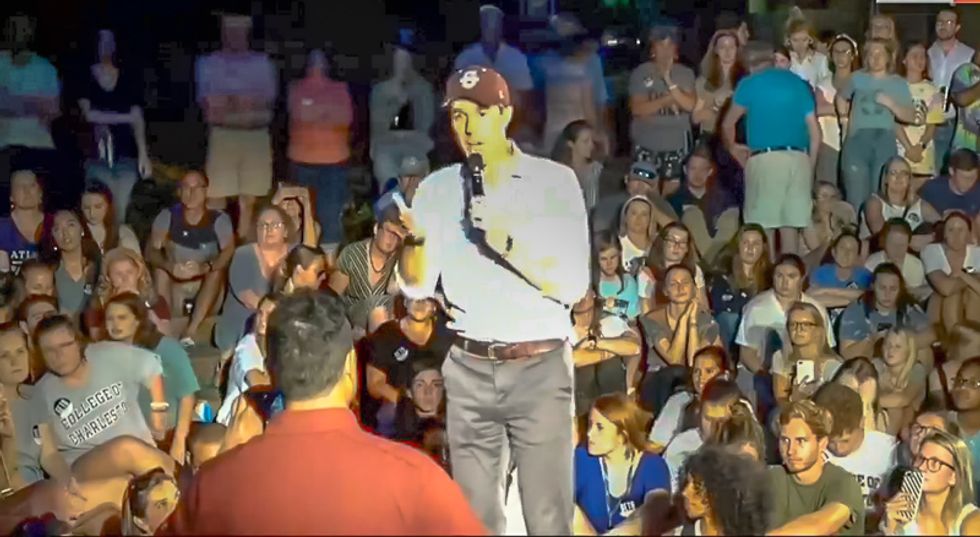 Democratic presidential candidate Beto O'Rourke faced off with a man who insisted he should have rights as a former fetus.

At a campaign event at the College of Charleston, O'Rourke took a question from a man with a question on abortion rights.

The man noted that O'Rourke had previously said that abortions in the third trimester should be left up to the woman.

"Of course I don't think that," O'Rourke replied. "Of course, I'm glad that you're here."

"You referenced my answer in Ohio and it remains the same," he continued. "This a decision that neither you, nor I, nor the United States government should be making. That’s a decision for the woman to make.”

O'Rourke told the crowd at there were consequences to "this attack on women's right to choose."

"Unless we had any illusion that the achievements we've made are protected forever, that has been shattered," the candidate explained.

O'Rourke pointed out that more than a quarter of family planning centers in Texas have closed due to restrictions passed by the Republican-controlled government in the state.

"We are losing the lives of women in our state as a result," he said. "I don't question the decision that a woman makes. Only she knows what she knows and I want to trust her with that."

Activism Video Whoa! Science
Report typos and corrections to: corrections@rawstory.com.
Like this article ? Text `Support` to 50123 to donate.
READ COMMENTS - JOIN THE DISCUSSION