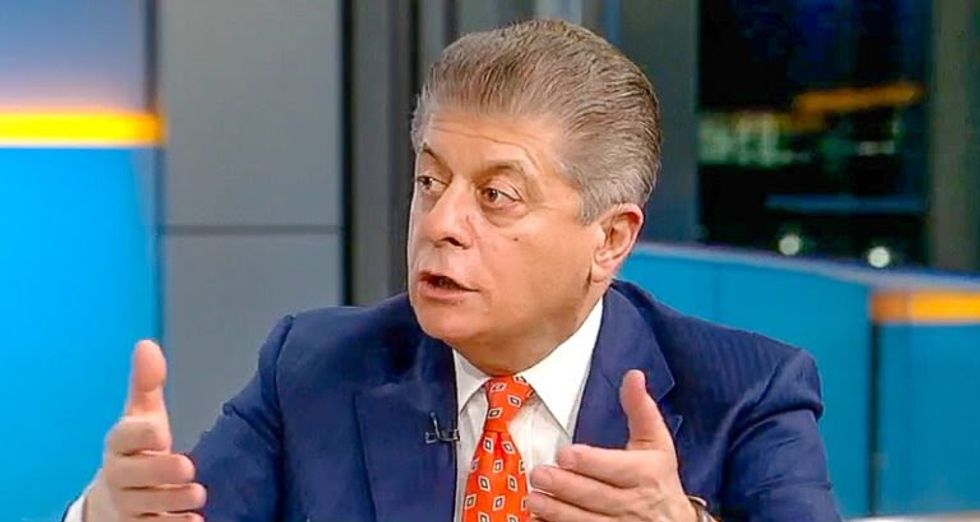 The gunman who killed nine people in Dayton drew up a "rape list" of girls at his high school a decade ago, recalled classmates, and was later disciplined for a "hit list" -- but neither of those reported incidents stopped him from legally purchasing the firearms he used in a mass shooting.

"When there is a rape list and there is kill list in high school -- that is something that he did do," Earhardt said.

"That is a red flag and it doesn’t show up on the databases," Napolitano replied. "The strictest database in the country is New Jersey’s because they combine their own plus the federal. Both of these creeps would have passed a background check applying the strictest database because this type of thing that they saw in the high school doesn’t make its way into the database.”

Napolitano noted that the Dayton gunman was investigated by police, but was not charged with anything.

"Judge, this is just common sense," Earhardt later said. "We all knew someone in high school you thought, gosh, they have potential to be someone great, but they are probably going to blow it.' There are these people -- this guy, that's a red flag."

Napolitano disagreed, saying nothing in the shooter's background seemed to predict his violent tendencies.

"These red flags are apparent only with hindsight," he said. "No one would have said this about this guy a week ago."

"Really?" she exclaimed. "If my kid had a rape list, I would, A., get that kid a lot of help, a lot of prayer, and I would not want a gun in that child's hand. That's just common sense."

Napolitano persisted, saying the 24-year-old shooter's actions as a teenager should not have prevented him from later buying guns.

"This is an adult, this is not a child, this is a child when he wrote the list," Napolitano said. "Listen, I'm certainly not defending his behavior -- his behavior is reprehensible, but honest, decent, law-abiding people should not lose their rights because some judge thinks they might do something in the future. That's the Soviet Union model, not the American."

Co-host Brian Kilmeade tried to joke about ordering body armor, like Iron Man's suit, through the mail, but Earhardt still couldn't get over Napolitano's dismissal of the rape list.

"And they weren't reported in the database," Napolitano said.