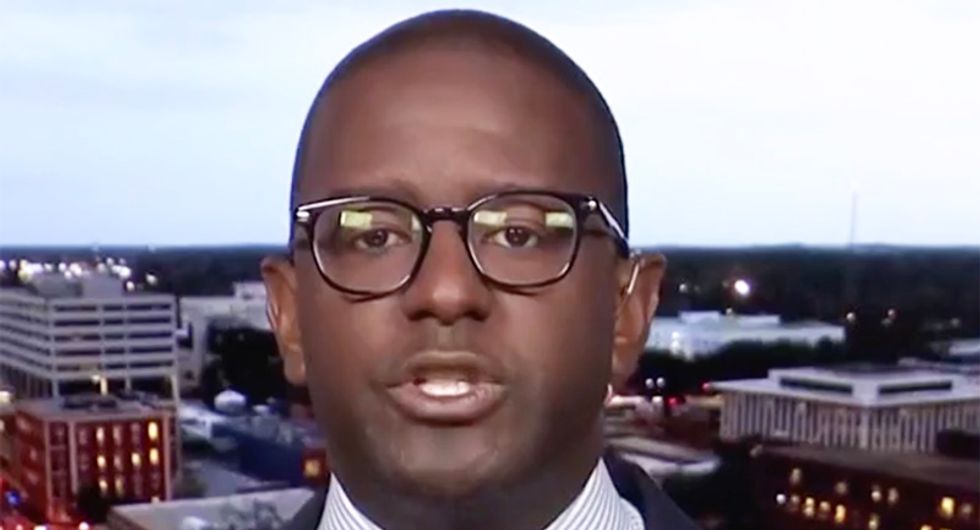 During a panel discussion on Donald Trump's upcoming address to the nation in light of the horrific mass shootings over the weekend, former Tallahassee mayor Andrew Gillum delivered a fiery condemnation of the president and demanded he admit he was complicit in inciting the attacks.

Speaking with CNN host John Berman, Gillum got right to the point.

"The president of the United States has forfeited any moral ground under which he could lead this country at this time in this really painful moment where people really are looking for leadership," he accused. "Absolutely he should call this what it is: white supremacist terrorism."

"When you dehumanize people, when you say there is equivalency on both sides, when you talk about racists and those who act against them, these are the kinds of seeds this president has sown using words like invasion," he continued. "When you get surprised when somebody takes you seriously, picks up arms, military-style arms, drive eight hours to go and mow down the people who you've told them are invading this country -- then you think at 10:00 today we're supposed to listen to your words and believe that you have some emotional connection to the traumatic loss that people are feeling right now? This is a crazy."

"I don't want to hear anybody say anything about good people being able to have a gun and respond to these incidents," he added. "It took 30 seconds for nine people to be killed and over 30 other people to be injured last night, 30 seconds before law enforcement could respond. That was the quickest response that any of us could have asked for, yet there's carnage all over the place. And the president has to take responsibility for that and demonstrate some real leadership for a change."