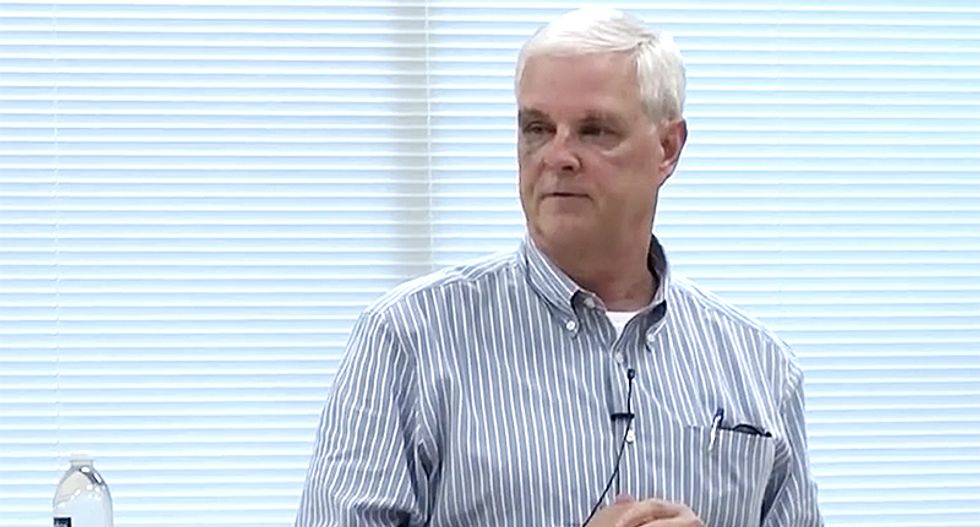 Rep. Steve Womack (R-AR) held a town hall in Rogers, Arkansas this Tuesday, where he commented on several hot topics, one of which was gun control. At one point, Womack was loudly booed when he suggested that gun violence is the result of children growing up in single parent households.

When the discussion turned to guns, Womack declared, "We have too many kids growing up in single parent households," and he was immediately met with loud jeers.

"We will vote you out!" one woman yelled.

"Blaming that is bullcrap!" a man rose to his feet and yelled.

Womack later tried to claim that gun violence was also due to a declining belief in God, but was interrupted by loud jeers once again.

"Shame on you!" one person shouted.

As Shareblue's Oliver Willis points out, Womack was among the 188 Republicans who voted against a bill to enhance background checks that passed the House earlier this year. A vote on the measure still hasn't happened, thanks to Senate Majority Leader Mitch McConnell.