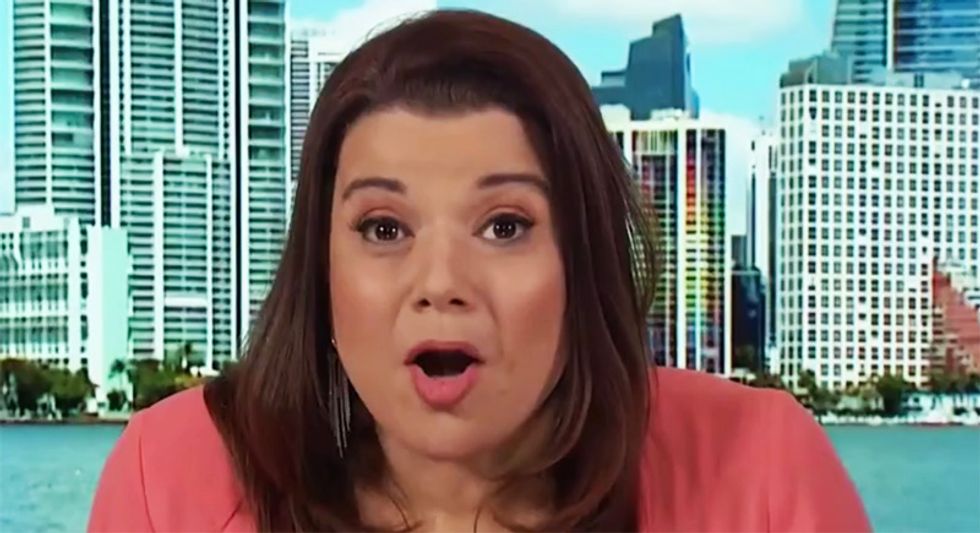 During a very lively CNN "New Day" panel, regular contributor Ana Navarro expressed disgust at the Republican Party for standing by while Donald Trump appears to be unraveling.

Responding to a report in the New York Times that claimed aides to the president are growing more and more concerned with Trump's state of mind, Navarro said that same concern is spread outside of the U.S. too.

"We had a debate earlier in the program about whether or not the president at this point is just messing with everyone," host Alisyn Camerota prompted. "He's calling himself the 'chosen one.' He's suggesting he's the messiah. He seems to be enjoying this moment of rhetorical madness or Mr. Toad's Wild Ride -- do you see something else happening here?"

"Is it mutually exclusive?" the conservative campaign consultant shot back. "Can he be a raving mad narcissist with a messianic complex and at the same time be trying to distract us from a skittish economy?"

"From the fact that he triggered a white supremacist to go hunt down Latinos like they were animals? From the fact that he capitulated to the NRA after he said he was going to go for background checks," Navarro continued. "It's alarming, it's worrying. Folks tell me I'm not a mental health professional and shouldn't be talking about this."

"It is beyond not being normal, right now it is a level of instability," she added. "I just came back from 17 days abroad and we are the laughingstock internationally. You can't go anywhere without people saying, 'what is wrong with Trump? What is wrong with America, have Americans lost their minds? This fight with Denmark, an ally, over buying Greenland? This is insane."

CNN legal contributor Jeffrey Toobin then jumped into the fray.

"Where is the Republican Party?" he asked. "Where is anyone in that party who, you know, can say that the emperor has no clothes and the emperor is acting like a lunatic? I mean, this is so obvious, this is so wrong."

"The fact the Republican Party has no one speak up about this is a shame on this party and it will haunt that party," he concluded.