Bill Maher rips president's ‘racist-y month’: Trump is even the most 'racist person at the Cracker Barrel' 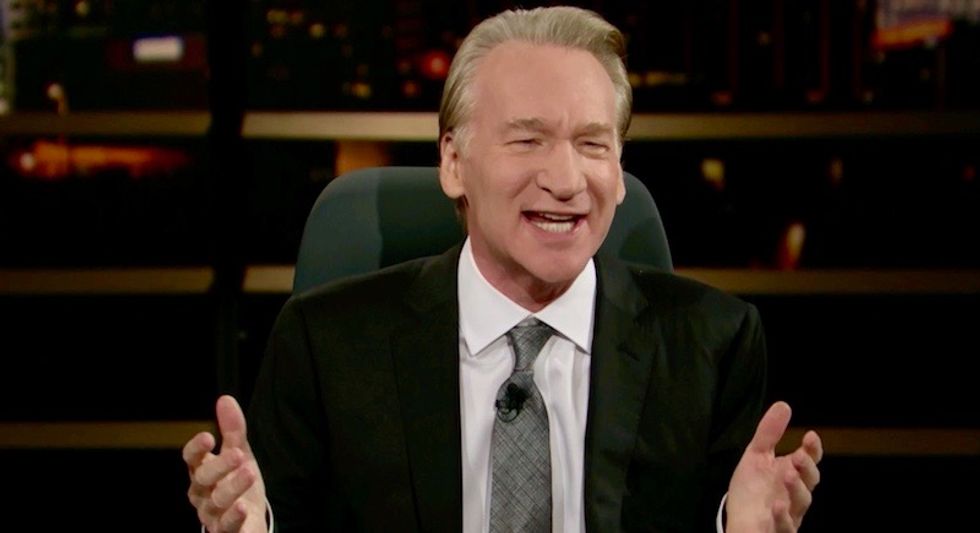 HBO's Bill Maher talks to his panel on the Friday September 14, 2018 show/Screenshot

"Good news, Trump left Washington, DC for the weekend," Maher noted. "See, he can reduce crime in a black city!"

"Even for him, he had a racist-y month," Maher explained.

"Of course, he told four congresswomen to go back to the country they came from," he continued. "And Melania said, 'How come I never get that option?"

The host was shocked Trump claimed to be the "least racist" person in the world.

"He's not even the least racist person at the Cracker Barrel," Maher declared.