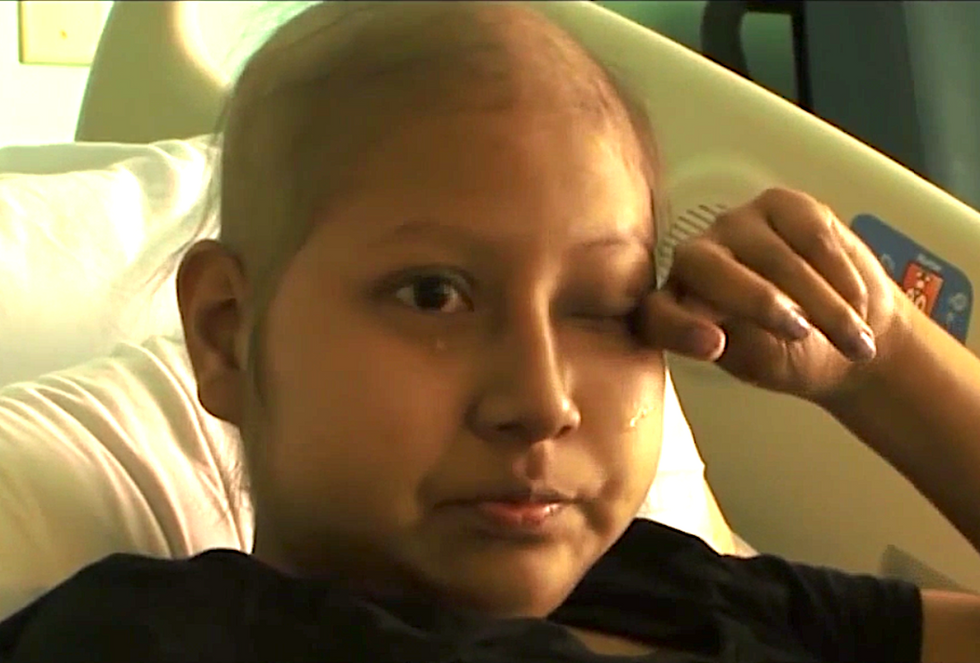 Fourteen-year-old Ixcell Sandoval Perez is battling leukemia in North Carolina, but her mother can't be by her side because she's trapped in Mexico, ABC 30 Action News reports.

Ixcell was diagnosed while living in Mexico and her mother planned to take her to Raleigh, where she was born, to receive treatment, but the two were denied entry to the U.S. at the border in Tijuana, Mexico.

"They took everything away from us," Ixcell's mother, Dalia, said in a video produced by Solidarity Now. "They took us into a room. In the afternoon, they left us in a cold room but it was so cold and my daughter was feeling so sick. I pounded on the door and shouted for them to open it, but no. My child was so thirsty but no one would listen to me."

Ixcell was eventually brought to the hospital in Raleigh by relatives already living in the U.S., but her mother was forced to stay behind in Mexico and has not been allowed to see her daughter since.

"I just keep thinking that it's unbelievable," Shepherd United Church of Christ pastor Carla Gregg-Kearns said. "I can't believe or imagine what sort of reason there could be for her not being granted permission to come into the country to be with her daughter. Our faith makes it a no-brainer: of course you're going to want to intervene and advocate on behalf of a child like this. We believe that our God is a god of life and desires that life is flourishing for all people."

According to U.S. Customs and Border Protection (CBP), "applicants for admission into the United States could qualify for various types of benefits offered by the U.S. government."

"U.S. Customs and Border Protection (CBP) is not the only agency that issues paroles and in this case, it could be appropriate for individual to reach out to Immigration and Customs Enforcement (ICE), and or U.S. State Department," the agency added.

In a video put together by the hospital where she's being treated, Ixcell said that being without her mother "is not easy."

"It's not easy to have her so far away."

Watch ABC7's report on the story below: