China vows to strike back at US tariffs threat 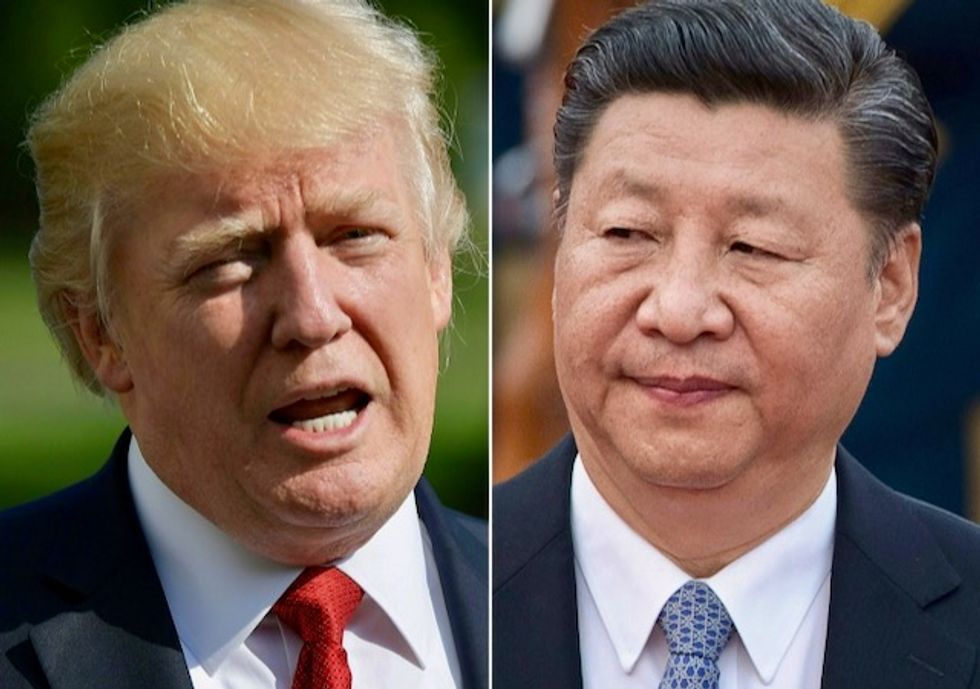 The trade war between the United States and China escalated on Friday as Beijing threatened to unleash "countermeasures" against US plans to impose tariffs on $300 billion in Chinese goods.

President Donald Trump jolted US and Asian stock markets as he issued the threat just a day after US and Chinese trade negotiators revived talks aimed at ending the year-long dispute.

"If the US implements the tariff measures, China will have to take necessary counter-measures to resolutely defend the core interests of the country and its people," Hua said, adding that Beijing did not want a trade war "but is not afraid to fight one if necessary."

She did not specify what kind of measures China would take, but in the past Beijing has hinted that it could restrict exports of rare earths that are vital to the US technology industry, and it is also drawing up a blacklist of "unreliable" foreign companies.

Trump's announcement means virtually all of the $660 billion in annual two-way trade between the world's two biggest economies will have tariffs on it.

China has imposed tariffs on $110 billion in American goods, almost all of the products it imports from the US.

Trump said 10 percent duties on $300 billion will take effect September 1, and come on top of the 25 percent tariffs on $250 billion in Chinese imports already in place.

Trump later raised the possibility he could increase the duties to "well beyond" 25 percent. "The 10 percent is... for a short-term period and then I can always do much more or I can do less, depending on what happens with respect to a deal," he said at the White House.

After resuming face-to-face talks in Shanghai this week, trade negotiators were set to reconvene in Washington in early September for another round of discussions, which means they will take place just after the new tariffs take effect.

"Slapping on tariffs is definitely not a constructive way to resolve economic and trade frictions, it's not the correct way," Chinese Foreign Minister Wang Yi said on the sidelines of a regional meeting of top diplomats in Bangkok on Friday.

When he announced the tariffs on Twitter, Trump said Beijing had agreed "to buy agricultural product from the US in large quantities but did not do so."

Just hours earlier, China had said it had started to make more purchases of US farm goods.

AFP / Sabrina BLANCHARD China's economy, and US exports, soared after it joined the World Trade Organization in 2001

"Additionally, my friend President Xi said that he would stop the sale of fentanyl to the United States -- this never happened, and many Americans continue to die!" Trump said, referring to the highly potent and addictive opioid.

US Secretary of State Mike Pompeo directed more criticism at China at the meeting of Southeast Asian nations that Wang also attended in Bangkok.

"China has taken advantage of trade... It's time for that to stop," Pompeo said, accusing Beijing of "protectionism" and "predatory tactics" to give its companies an advantage in global markets.

Trade relations with China have swung between progress and disaster, appearing to collapse in May only to be revived two months later after Trump and Chinese President Xi Jinping agreed to a truce at a meeting in June.

"We expect this (tariffs) step to make China less keen to achieve a deal and more determined to prepare itself for long-term economic tension with the US," Oxford Economics said in a note.

The Chinese commerce ministry said in a statement that the new tariffs are a "serious violation" of the ceasefire.

"The core motivation is the talks clearly weren't going to go anywhere without more pressure on the Chinese," said Derek Scissors, an expert on US-China economic ties at the American Enterprise Institute, a conservative think tank.

"Of course, they could react badly now and the talks could end entirely. It's a measured risk," he told AFP.

In prior tariff rounds, US officials had worked to prevent the higher costs from hitting popular consumer items.

But the new duties, coming just before the holiday shopping season, will cover the vast expanse of everyday Chinese-made goods and consumer electronics -- smartphones, baby carriages, tampons, watches and toys.

Trump has falsely claimed China pays for his mounting tariffs. But Democrats in Congress and business groups say the measures are taxing ordinary consumers and making household goods more expensive.

While other parts of the US economy have begun to slow, the dominant retail sector has been a bright spot, helping to bolster growth despite the general slowdown in most other industrialised nations.

Industries as varied as fashion and oilfield services had pleaded with the Trump administration to hold fire, warning of layoffs, lost markets and fading industrial dominance.