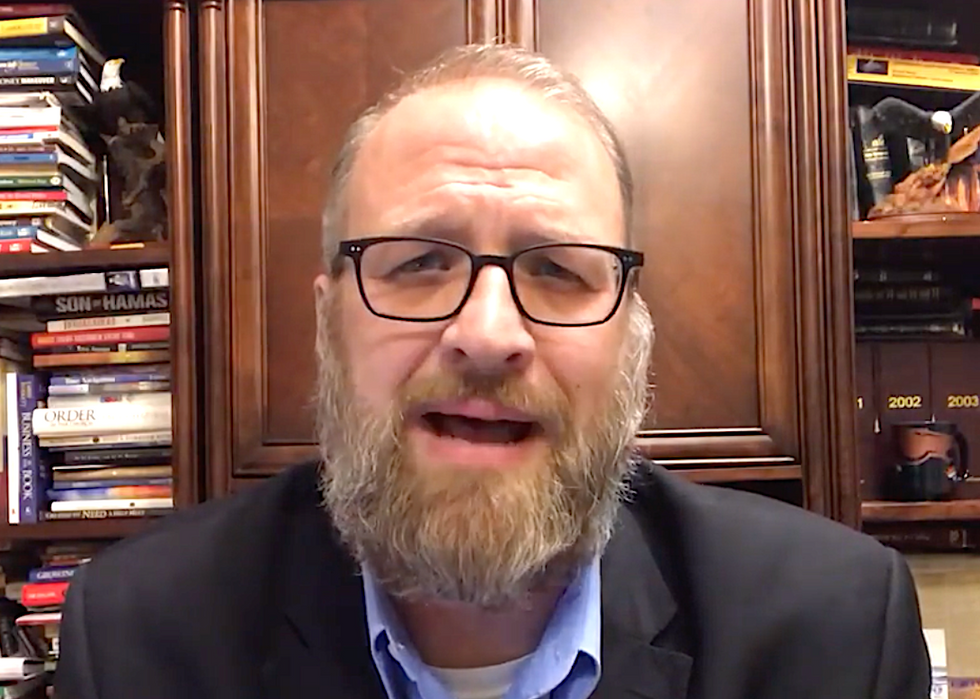 Colorado pastor Corey Seulean recently announced he’s running to replace Colorado Rep. Lori Saine (R-Firestone), but his ultra-conservative views when it comes to women and pants are raising some eyebrows.

According to the Colorado Times Recorder, Seulean, who is the pastor of Hopewell Baptist Church, tells his congregants that women shouldn't wear pants because they're "immodest."

Seulan's views were first brought to light after a women commented on a post that went up on the pastor's candidate Facebook page announcing the kickoff of his campaign.

“Mr. I am going to tell the women of my congregation how to dress?” Melissa Ford wrote on Seulean’s post. “Please pick a better candidate.”

Ford was then asked by another commenter to clarify what she meant.

“We attended his church at one point," Ford replied. "He would get in front of the congregation and basically tell us women should not wear pants. We should wear skirts or ‘modest culottes’. Not sure that is the best candidate to be putting forward."

After Ford's comments, Seulean's post was deleted, but according to his son and campaign manager Benjamin Seulean, the post's removal had nothing to do with Ford's comments.

“I did not delete it because of [Ford’s] comment. I didn’t have a problem with what she said," Benjamin Seulean told the Colorado Times Reporter, adding that his father's views on women's pants are well known.

“Corey has preached from the Bible what he believes, his interpretation and what the Bible says about a woman dressing modestly, and he believes that in today’s day and age, pants on a woman sometimes can show a woman’s body immodestly,” he said. “That’s why he’s taught it’s proper, he believes, for a woman to wear a dress or modest culottes. He might not have used that exact terminology, but he believes yes, a woman should dress modestly, and part of that goes into women not wearing pants.”

“He just preaches the Bible straight as it is, and the Bible says a woman is to dress modestly,” he added.

When asked by the Colorado Times Reporter which part of the bible justifies his father's teachings, Benjamin Seulan referred to 1 Timothy 2:9, Proverbs 7:10, and Deuteronomy 22:5.

“God’s Word is very clear that marriage is the holy union between one man and one woman,” the website states. “Our society is aiming at tearing down the traditional family unit and God’s plan for families. Let’s not let wickedness and perversion prevail. God’s ways are always best.”