'Clearly a willing agent of a foreign government': Presidential historian alarmed by Trump bowing to Russia 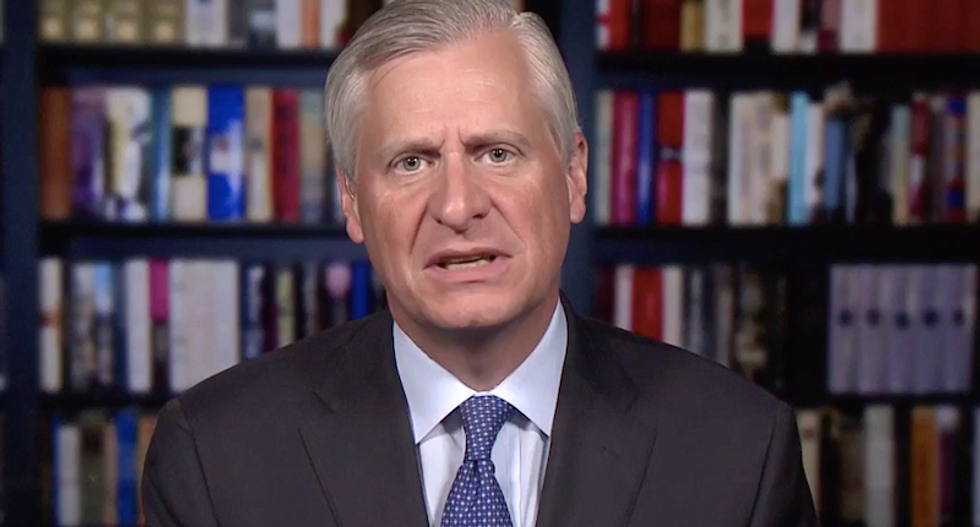 Presidential historian Jon Meacham has concluded that President Donald Trump appears to be a "willing agent of a foreign government."

The Pulitzer Prize-winning presidential biographer was alarmed by Trump and Senate Majority Leader Mitch McConnell's appeasement of Russia, in the face of its attacks on U.S. democracy and its aggression against Crimea and other neighbors.

"(It's) as gloomy as at any point in the history of the country, in terms of a president's conduct of our policy toward a foe and/or a rival, depending on how you want to characterize Russia," Meacham said. "One of the great mysteries of the age, to me, continues to be how the party that was so vital to the defeat of Soviet totalitarianism has decided to support a president who is enabling and being in many ways complicit with the totalitarian heir to that system."

The nation's founders were explicitly concerned by the foreign corruption of American officials, and built in many safeguards into the American legal foundation.

Meacham said foreign nations tried to exert their influence on the fledgling United States, which occupied but did not yet control much of North America, but he said the built-in safeguards in the foundational documents helped thwart those efforts.

"It's remarkable we don't look more like Central or South America, and part of that was, we did have of every possible persuasion, every possible party, we had generations of leadership that insisted on a certain kind of American territorial and even ideological integrity," Meacham said. "I know it was imperfect, this is not a Manifest Destiny homily, but I honestly cannot remember -- unless you go back to the fears of the founders of one another -- I don't remember a president who seemed as -- so clearly a willing agent of a foreign government."