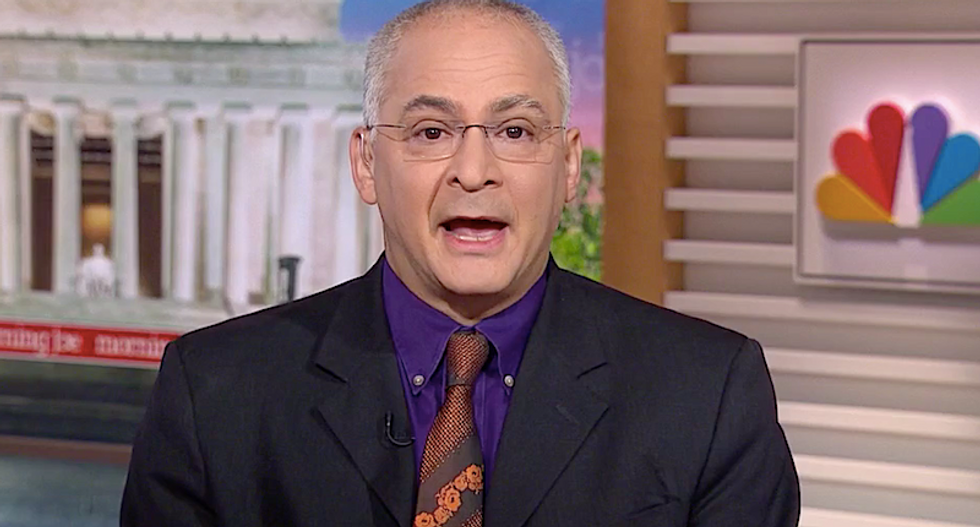 The inspector general's report on James Comey makes clear to Department of Justice employees that they should prioritize the letter of the law over ethical considerations, according to legal expert Ben Wittes.

Wittes -- editor-in-chief of Lawfare, a senior fellow at the Brookings Institution and a friend of Comey's -- told MSNBC's "Morning Joe" that the Department of Justice's inspector general sent a conflicted message in his investigation of the former FBI director's handling of memos he created detailing his private conversations with President Donald Trump.

"It's a deficient piece of work product in the last 10 pages," Wittes said. "The first 52 pages are actually quite informative and a pretty dry recitation of a lot of details about facts that we already knew. The reason we knew them was, of course, that Jim Comey has been kind of nothing but up front about what he did."

After the inspector general examines those details, and finds that Comey did not break the law but did violate FBI policies regarding classified information, Wittes said the report turns into something quite different.

"The last 10 pages are a kind of howl of rage and anger by the inspector general that really takes a remarkable position, in my opinion, anyway," Wittes said, "that it is inappropriate for the former director of the FBI to blow the whistle on the president's efforts to shut down the Michael Flynn investigation."

"The remarkable thing about this report is that the inspector general of the Justice Department has effectively taken the position that, if you're a law enforcement officer and the president tries to shut down a valid investigation, your obligation is to shut up," he added.

That sends a chilling message to law enforcement officers in the face of Trump administration corruption, Wittes said.

"I think the message to current workforce members is, be a stickler for the details of compliance with technical rules," he said. "Even if the house is burning down, even if you're serving some awful, larger objective in doing so, and ignore things like conscience."