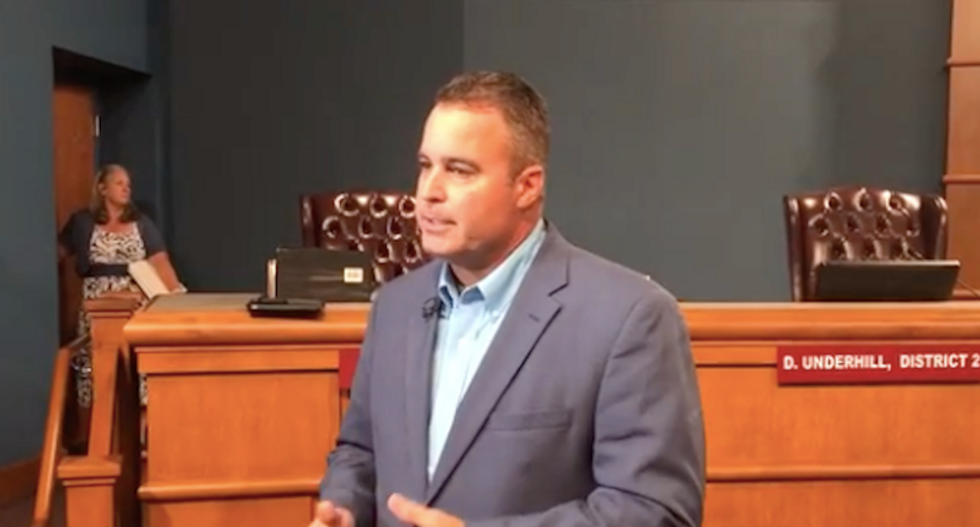 The Florida official who called the Parkland activists "miscreants" appears to be the target of a mail prank, reports the Pensacola News Journal.

Still, Underhill was not amused. He brought the box to his office and went on a long rant about the lack of civility.

"There's no way this is even remotely appropriate in the way that we conduct business here in Escambia County," Underhill said, gesturing to the box.

"We have staff members, young people, who have to handle the mail here. I'm a sailor, you're not going to offend me with anything, but this kind of garbage, and this is the kind of garbage put out by the same kinds of people, the same lies, the same hate, the same anger that they bring to every single issue."

Despite his calls for a more civil discourse, Underhill himself attacked the Parkland students as "little monsters" and "miscreants" on social media.