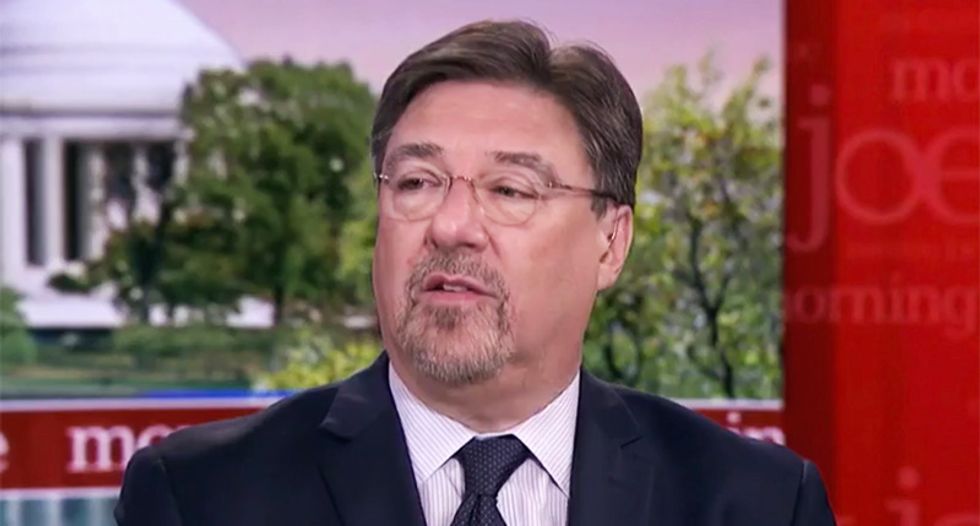 Following up on an editorial he wrote for USA Today, conservative Naval War College professor Tom Nichols laid out a compelling case on MSNBC's "Morning Joe" why no self-respecting Republican should pull the lever for Donald Trump in the 2020 election.

Using that as a springboard, Nichols explained on MSNBC on Friday morning why Donald Trump has failed as a president and is likely a danger to the country.

"I've had it with the what-aboutism arguments that were mostly coming from the right," he said of fellow conservatives. "I'm one of the people that has basically said -- I do think the president has gotten worse."

"I mean to some extent, all kidding aside, I'm kind of concerned about the president," he continued. "Because he seems like he has become, you know, that this is getting to him in some ways and he's becoming unstable."

Asked, "What do you mean by this, this is getting to him?" Nichols continued, "Just the pressure of governing and running and keeping up."

"I think I have always proceeded from the assumption that Donald Trump never thought he'd win the election and he has been treading water ever since without knowing what he's doing," he elaborated. "I have said for years that I think he's in fear of the Russians, I think the Russians hold a lot of his financial secrets and he's very worried about that."

'So I think, you know, we're really in an unprecedented moment where, you know, I am, again, as long as we have a person that I don't think has any issues with the Constitution, or with a hostile foreign power, you know, that's my exit ramp until we can normalize and stabilize our national politics," he stated.