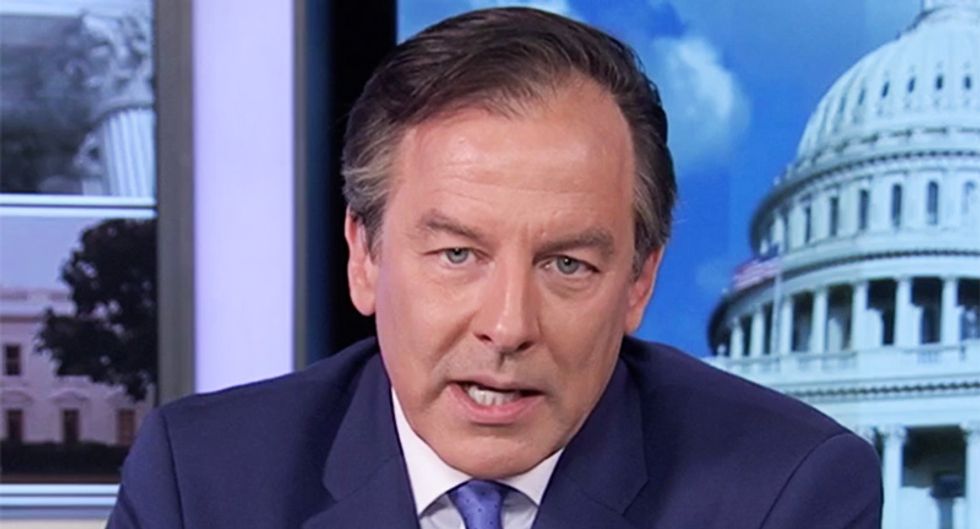 During an MSNBC "Morning Joe" segment on Donald Trump's latest pronouncements on tariffs, one guest bluntly stated it was obvious the president has no idea what he is talking about while a conservative panelist called Trump's pretense that he understands their impact on American consumers a "charade."

Speaking with fill-in host Willie Geist, contributor Sam Stein got right to the point, saying "Either he doesn't know what he's doing and doesn't have the coherent strategy," which brought knowing laughter from the off-screen panel.

"My suspicion is that because of political pressures, eventually he's going to want and will probably craft a deal with China," he suggested. "And he'll do it because of electoral implications and he'll do it whether regardless of the outcome of the deal is significantly better than we started. And the volatility that will come along the way will have a tangible impact on the economy. "

"He measures his success by the Dow, and I think that is what he saw and the past week the Dow took a tumble and he wanted to juice it up again," he added. "This is the type of economic philosophy that we're working under and it's incredibly volatile."

"This president's completely inconsistent all the time," he began. "On one hand, he's complaining because the Chinese are manipulating their currency, which they currently now are because they have let the yuan fall to below 7 and yet he complains that our Federal Reserve won't manipulate our own currency."

"Look, tariffs are just a loser all the way around," he continued. "They either cost investors money, and you can't sustain that in the long run because they have to ultimately pass costs on to customers. If you're wealthy, tariffs don't bother you. 25 percent on whatever you're buying at the store, that's no big deal to you. But if you're poor, that's the difference between eating today and not eating today."

"It's a terrible tax, and who does it hurt the most? It hurts poor people the most," he continued. "And this idea that we have some ability -- if we had an ability to tax China, why wouldn't we tax China? I would tax China for everything, and then we wouldn't have to pay for anything. There's no ability for a sovereign nation to tax another nation."

"It's a charade designed to confuse people so they don't know, up from down," he said of the president's comments.