Dem lawmaker rips Mitch McConnell during MSNBC interview: Get your 'sh*t together and stop pandering to the NRA' 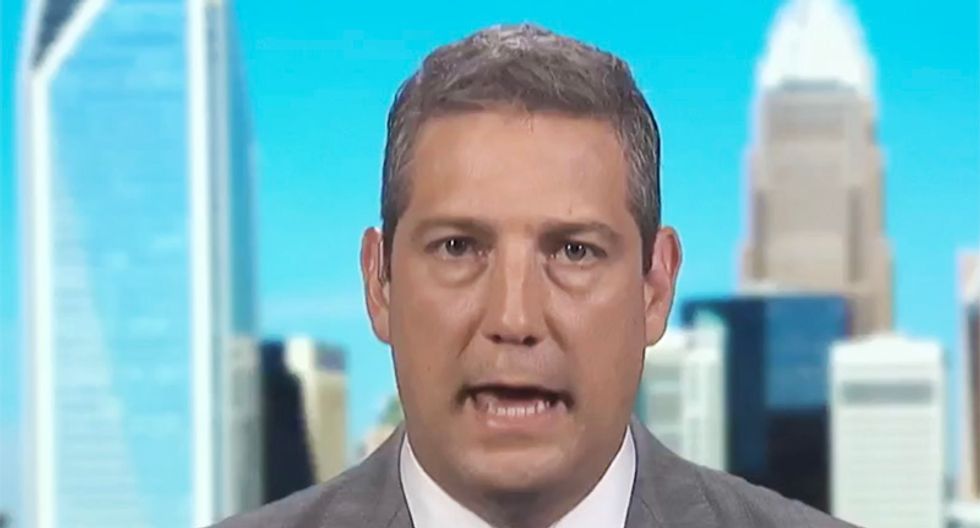 During an afternoon interview on MSNBC, an emotional Rep. Tim Ryan (D-OH) rained hell of Senate Majority Leader Mitch McConnell (R-KY) and Donald Trump over the continuing carnage of, now, 250 mass shootings in the past year because they are deep in the pocket of the NRA.

Ryan, who made the rounds of the cable shows on Sunday, once again made his point about the "jackass" who drove for ten hours so he could "kill Mexicans" in El Paso, before turning his ire on the Republican party which led him to curse on live TV.

"We have got to put pressure on Mitch McConnell to start with the background check bill," he exclaimed.

"The GOP needs to get their shit together and stop pandering to the NRA," he added, before going after Trump and Republicans who stand by and say nothing when the president encourages violent white nationalism.

"It's like when the president made the comments about good people on both sides in Charlottesville. how many Republicans really stood up and said what was on their heart? You know, in their heart and minds? Not many, hardly any." he stated.