Disinformation is catalyzing the spread of authoritarianism worldwide 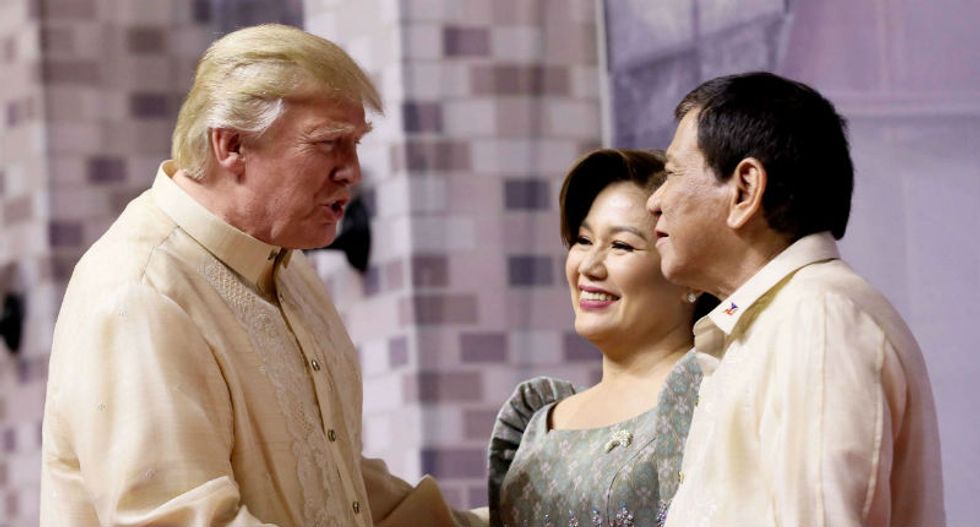 There's a segment of the American left that believes we're in no position to be outraged over Russia's multifaceted campaign to swing the 2016 election to Trump because the U.S. has meddled in its share of elections in other countries. Setting aside the fact that this is a prime example of the tu quoque fallacy, it ignores the specific context of that intervention. The Kremlin didn't help elect a generic Republican who is sympathetic to their interests--they worked on behalf of a clownish and corrupt narcissist who has no clue whatsoever about how to govern and has emboldened an ethno-nationalist movement that's ripping the country apart.

But that argument also fails to grasp that this isn't just about us. As I wrote for The Nation in 2017, long before Trump descended on that gaudy golden escalator to announce his candidacy with a rant about Mexico sending us their rapists, Russia had honed its tactics in Estonia, followed soon after by attempts, with varying degrees of success, to disrupt the domestic politics of Georgia, Kyrgyzstan, Kazakhstan, Finland, Bosnia and Macedonia.

While those efforts were on behalf of politicians and parties that were seen as advancing the Kremlin's interests, and weren't strictly ideological, in most cases they resulted in support for far-right ethno-nationalists.

More recently, Russia appears to have assisted the Yes campaign leading up to the UK's Brexit referendum and is alleged to have offered financial and other assistance to a whole string of far-right, anti-immigrant parties across Western Europe.

But just as this isn't about the U.S. alone, it also isn't about Russia. As The New York Times reported earlier this year, researchers have "discovered numerous copycats, particularly on the far right. Those groups often echo Kremlin talking points, making it difficult to discern the lines between Russian propaganda, far-right disinformation and genuine political debate."

Last month, The Washington Post reported that,  "as reporters, propaganda experts, and government officials ponder where the next plot to manipulate an election using social media will emerge, one country on the map appears to be blinking red: the Philippines."

If that comes as a surprise, consider that Filipinos spend on average 10 hours a day online, that almost everyone older than 13 uses social media, and that Facebook is accessible on smartphones without paying data charges. The Philippines is a place where troll armies duke it out across the country and where an increasingly sophisticated web of public relations firms and social media contractors is emerging.

The disinformation industry in the country got a jump start when President Rodrigo Duterte employed a so-called keyboard army of paid trolls and supportive volunteers to help pave his way to an election victory in 2016.

In Brazil, another clownish demagogue whom nobody thought would win, Jair Bolsonaro, has given his countrymen tacit permission to torch the Amazon. He, too, can probably thank disinformation campaigns on social media for his unlikely victory.

As Zack Beauchamp wrote for Vox shortly after Brazil's election:

At the inauguration of Brazil’s new far-right president, Jair Bolsonaro, in early January, a crowd of his supporters began a surprising chant. They weren’t cheering for Bolsonaro or his running mate or their party; instead, they were reciting the names of social media platforms.

They were crediting the platforms with their man’s victory, and they aren’t entirely wrong. During the campaign, a conservative pro-business interest groupfunded a massive disinformation campaign on WhatsApp (the popular messaging app owned by Facebook). False and damaging information about Bolsonaro’s left-wing opponent, including fake news mocked up to look like neutral fact-checks, spread like wildfire in the runup to the October 8 vote. This deluge, according to one Brazilian expert, played a role in Bolsonaro’s victory.

The glee Bolsonaro’s supporters exhibited points to a troubling development, one familiar to many Americans: Social media, once seen as a profoundly democratic technology, is increasingly serving the needs of authoritarians and their allies.

The reality is that the true agendas of far-right "populists" tend to be quite unpopular. Around the world, they seem to have grasped that in order to claim and then hold onto power, they have to not only demonize their political opponents, but also discredit democratic institutions--especially the independent press--and their best tool for doing so is with coordinated disinformation campaigns disseminated largely through social media.

In this, they have a structural advantage over those who remain invested in pluralistic democracy. It is anathema to most of them to fight fire with fire--to stoop to using similar tactics--and as we know, a lie travels halfway around the world before the truth can put on its boots.

Unless this asymmetry is addressed in some fashion--and it's not an easy nut to crack--historians may look back at the early 21st century and conclude that this was the time when it became apparent that liberal democracy is fundamentally incompatible with the internet and it's free-wheeling information infrastructure.

Alternet All Access
Report typos and corrections to: corrections@rawstory.com.
Like this article ? Text `Support` to 50123 to donate.
READ COMMENTS - JOIN THE DISCUSSION