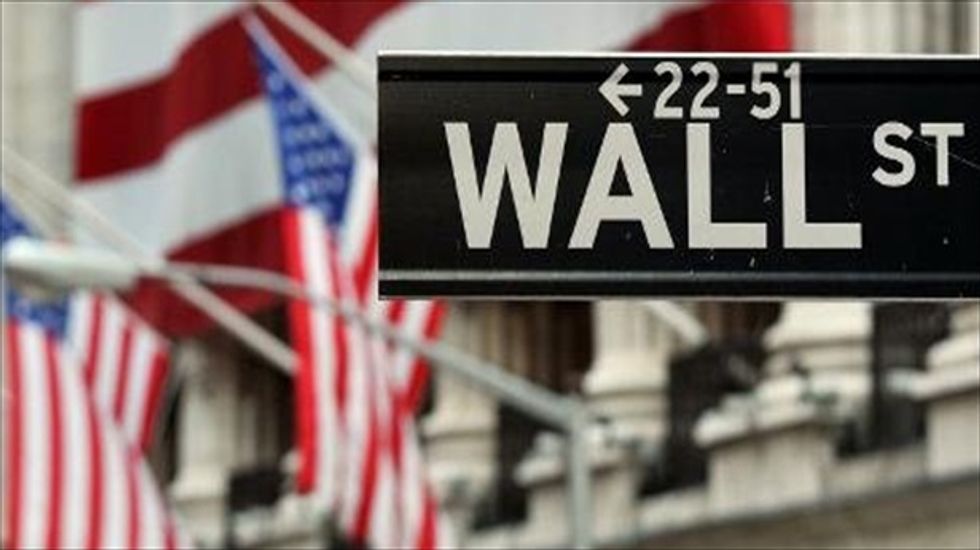 Stock markets on both sides of the Atlantic saw hefty losses Wednesday, gripped by fears for the global economy following poor Chinese and German data and as key US bond benchmark signaled more trouble ahead.

The losses marked a sharp reversal from Tuesday's heady session, when President Donald Trump's decision to push back US tariffs on many key Chinese goods boosted equities.

But the glow from that positive move faded as Chinese industrial output hit a 17-year low and German data showed the economy contracted in the second quarter.

The yield on the 10-year US Treasury note briefly slid below the yield on the two-year bond, a so-called "inversion" that has been a reliable harbinger of recession for decades.

"On the economics dashboard of doom, we have another flashing warning light," analysts at ING economics said. "The market is worried about a recession."

"For now we don't see it, but there is a chance the fear becomes self-fulfilling," the analysts said in a commentary.

Economists have warned for months that the grinding US-China trade war was crimping capital investment and weighing on global sentiment, already dented by the slowdown in China and expected Brexit impact on Britain and Europe.

And while key US economic indicators in employment and consumer spending have remained solid, Wednesday's session suggests some of that confidence is waning. On Thursday, US markets will digest a fresh reading on retail sales for July.

Bond yields have gyrated in recent weeks, with analysts warning that tumbling rates are a sign of a worsening medium-term economic outlook.

GETTY IMAGES NORTH AMERICA/AFP / MARIO TAMA I swear I saw an inverted yield curve today, and it was scary

But some observers wonder whether the Fed and other central banks will be able to do much.

"There's a growing narrative that the world's central banks, having gone 'all in' to combat the 2008 financial crisis, no longer have the firepower to battle the next downturn," Jack Ablin of Cresset Asset Management said in a note.

He questioned whether global central banks are "shooting blanks."

European and US stocks rose across the board on Tuesday on news Trump had delayed imposing tariffs on about half the $300 billion in goods facing 10 percent duties September 1.

The upward trend that was mirrored by Asian stocks Wednesday, and Shanghai managed gains despite data showing Chinese factory output expanded last month at its slowest pace in 17 years.

But the reprieve for a swathe of Chinese goods seemed geared towards cushioning the blow for consumers ahead of the holiday shopping rather than easing tensions in the bitter trade war.

In European trading, Frankfurt slumped to its lowest level since March, after the poor second-quarter growth figures highlighted its vulnerability to trade tensions and stoking debate on higher government spending.

Among other markets, oil prices finished sharply lower on expectations for lower demand and as US inventory data showed higher petroleum supplies.