‘Even the slowest children in the class’ are going to realize Trump lied about his wall: GOP strategist 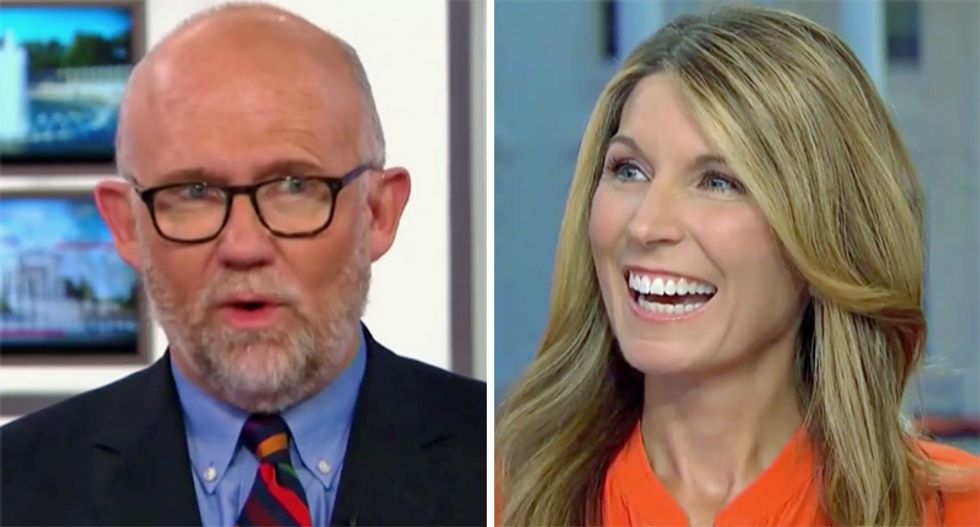 President Donald Trump's base is going to wise up to the fact that the president is not delivering on his border wall promises, a Republican strategist predicted on MSNBC on Thursday.

GOP consultant Rick Wilson, the author of the hit 2018 book Everything Trump Touches Dies: A Republican Strategist Gets Real About the Worst President Ever, was interviewed by Nicolle Wallace on "Deadline: White House.

The host played a series of clips of Trump talking about his love of the pardon power.

"Who says that stuff out loud?" Wallace asked. "Donald Trump does because he loves a good, old-fashioned presidential pardon. But now that his affinity for circumventing the rule of law is colliding with his key campaign promise, some Democratic lawmakers vowing to do something. According to The Washington Post, Trump assured aides he would pardon them of any legal wrongdoing in the course of fast-tracking the border wall have red lights flashing in Congress."

"This is a man with zero sense of humor because he has zero introspection. He’s absolutely not kidding or joking, he’s looking for short cuts to circumvent the law, the black letter law, the Constitution, whatever it is, to do something as a political stunt to feed his base because they have to see their wall get built," Wilson noted.

"They’re desperate to have the wall built. Trump knows that’s the single thing in his administration that most of the people on the lower end of his scale understand. They understand they’re going to get their wall and Mexico’s going to pay for it," he explained.

"Well, they’re not and now they’re probably not getting a wall, they’re getting a fence and Trump is nervous about that ," Wilson continued. "It’s a promise he’s broken, among many, that will be something that even the slowest children in the class are going to realize he was BS’ing from the very start."