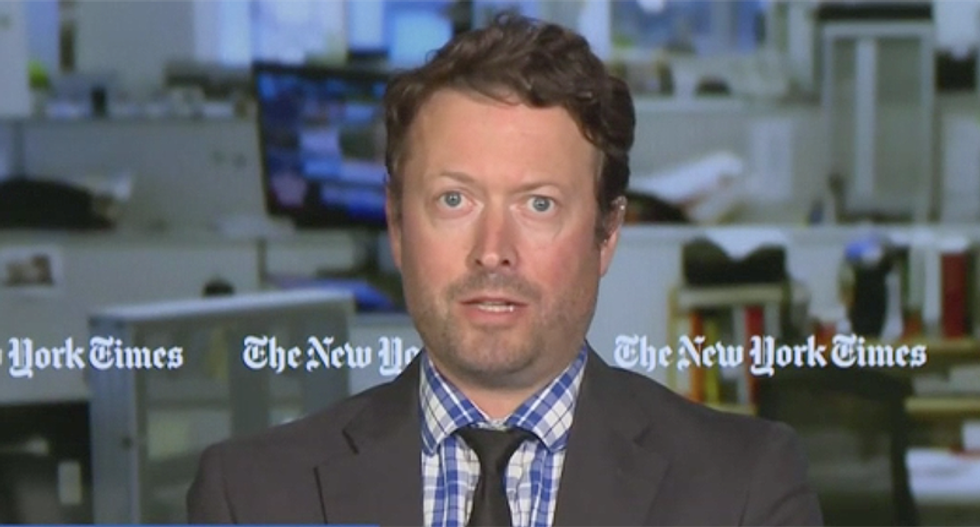 New York Times tax and economics reporter Jim Tankersley noted Tuesday during an MSNBC panel discussion, that the charts and graphs the White House has used to show the strength of the economy have all gone south.

President Donald Trump has alleged there is a media conspiracy to spread “fake news” about the economy, but Tankersley explained that the metrics that the White House used themselves in September are showing the economy is slowing.

"Well, there's clearly a slowdown happening in the economy. That's what's going on," Tankersley said. "The White House can see it. I just published a piece updating some charts that the administration had used in September to show us all how great the economy was doing. And by almost every measure that they used to sell the health of the economy, things have gotten worse."

Investment growth has slowed, and it was already beginning to slow when the White House bragged about it last autumn, but the numbers now show it has "fallen below the average quarterly growth rate for President Barack Obama's second term."

"We're not in recession territory yet in terms of growth but manufacturing is essentially in a recession," Tankersley continued. "And we have a lot of reason to be worried about the overall health of the global economy. So in that environment, yeah, there's real reason to be worried, especially if you are a president who has, you know, stronger ratings — poll ratings -- on the economy than on almost any other issue and you're facing re-election next year."

He explained that the White House has every reason to try and talk up the economy's strength both to calm fears and to make "contingency plans for "what if things get worse because of these external and self-inflicted headwinds."

When it comes to Democrats being willing to take up any bill that would help save Trump, Tankersley doubted it.

"They would need to have a compelling case from the president of the economy was in dire need of more stimulus to think about something like a Payroll Tax cut moving quickly through Congress," he explained. "He's not making that case right now. It will be a very different situation if we got into the kind of thing we saw in the start of the last recession where, you know, Democrats and Republicans work together to try to inject some stimulus. We don't have the president saying that, and I think Republicans are an academic point at this point. Democrats control the House. If you'll do a stimulative tax cut or spending increase you're going to have to start there."

Read the full piece by Tankersley at The New York Times and watch his comments below: