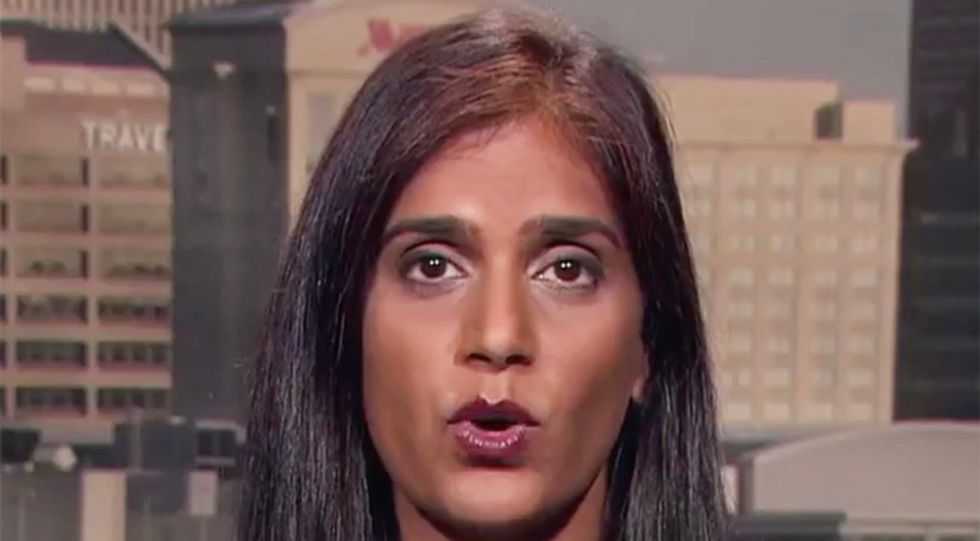 Addressing the Justice Department inspector general's report on former FBI Director James Comey's habit of taking personal notes on his meeting with Donald Trump -- which he subsequently leaked to friends -- a former FBI agent said it was hard to criticize Comey since the president was asking him to break the law.

Speaking with CNN "New Day" hosts John Berman and Julia Chatterley on Friday, attorney Asha Rangappa, who served as a special agent in the FBI, said Comey was caught up on Trump's "crazy train."

With regard to the fact that the former FBI director didn't take his concerns about Trump entreaties to interfere with a criminal investigation directly to the Justice Department, Rangappa noted that then-Attorney General Jeff Sessions had recused himself from the case and that Comey was worried about a cover-up.

"This was a case where he [Comey] was on the crazy train," she added. "Where he was being asked to commit crimes and to engage in the potential obstruction of justice."

"I think that there was a sense that, only by making this public and creating some public pressure, would this result in the appointment of a special counsel," she explained. "I think there are fair criticisms over whether this was the right way to go, but there is actually no manual for how one deals with being asked by the president to commit a federal crime."