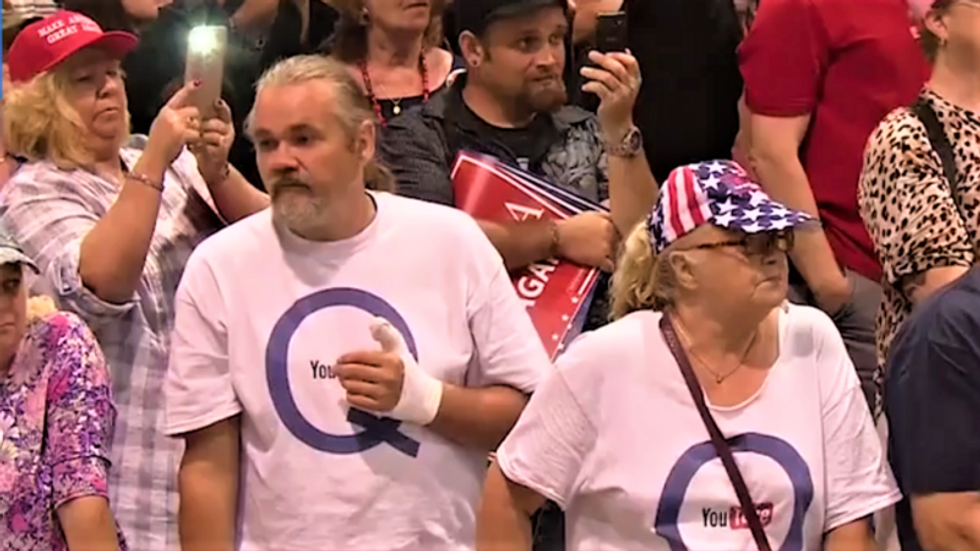 The FBI now has some of President Donald Trump's most devoted supporters on its radar as potential threats to carry out acts of violence.

Yahoo News has obtained an internal FBI document outlining the threat posed by "conspiracy theory-driven domestic extremists" in the United States who are a risk to potentially commit acts of terrorism.

"The FBI assesses these conspiracy theories very likely will emerge, spread, and evolve in the modern information marketplace, occasionally driving both groups and individual extremists to carry out criminal or violent acts," the report states.

Among the conspiracy theory organizations named is QAnon, which it describes as the belief in "a covert effort, led by President Trump, to dismantle a conspiracy involving 'deep state' actors and global elites allegedly engaged in an international child sex trafficking ring."

QAnon originated in message boards on the website 4Chan and its predictions of mass arrests of Democratic politicians for being pedophiles have not once come true. Despite this, QAnon true believers continue to think the president is on the verge of conducting a purge of his political enemies after having spent years accumulating evidence of their alleged criminality.

Although there is no evidence that Trump himself believes this conspiracy theory, the president has promoted QAnon-related Twitter accounts as recently as this week.

"While the FBI is classifying QAnon as a potential domestic terror threat, Trump just in the last month has invited QAnon believers to the White House and directed his followers to a QAnon Twitter account," notes the Daily Beast's Will Sommer.

Read the entire document below.