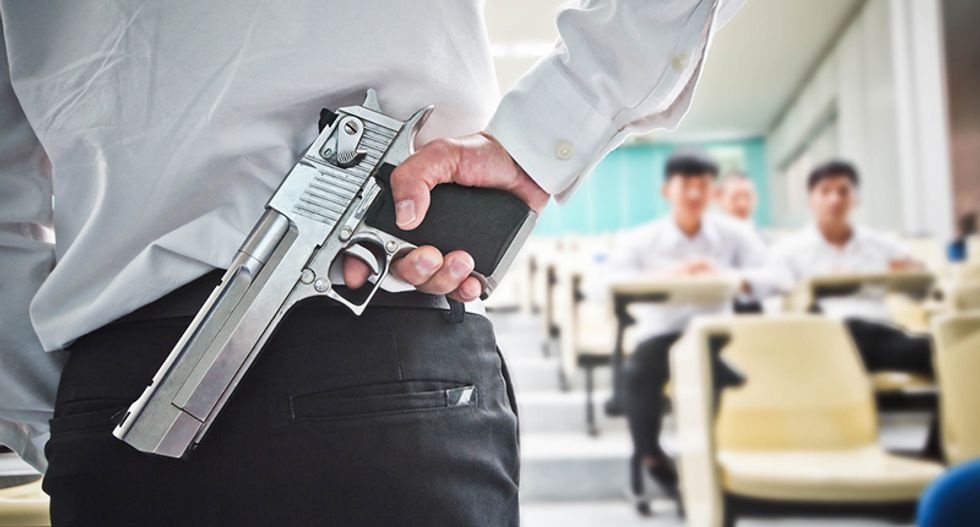 A teacher at Lakeland High School in Florida has been placed under a temporary risk protection order after boasting that he could rack up a 1,000-person body count if he perpetrated a school shooting.

Keith Cook, a math teacher and a veteran, described hypothetical acts of violence to students during a lockdown drill, including how if he were a school shooter, he'd first plant IEDs around the school, start shooting, drive panicked people into the areas where he had rigged up the explosives, and then detonate them. Some students were horrified by what he described.

Local authorities petitioned the court for a temporary risk protection order under the Baker Act, the Florida state law that allows close monitoring of people deemed a threat to themselves or others. He has also been placed on temporary administrative leave from the school while the investigation is underway.

Cook reportedly did not have any weapons at the school or in his home.

"That honestly blows my mind," said Kaleb Better, a former student of Cook's. "My heart is racing right now. I would've never expected Mr. Cook to say something like that."