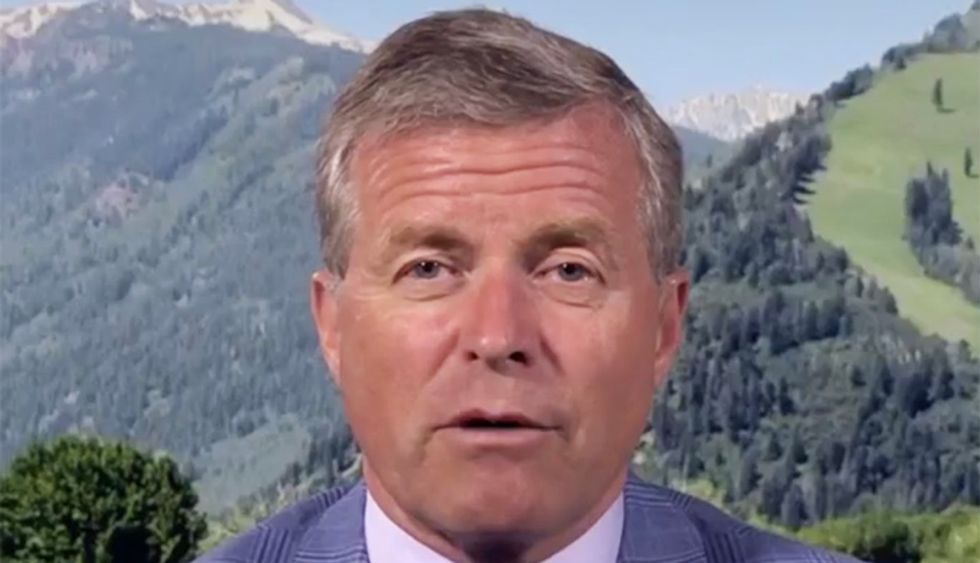 During an appearance on CNN on Friday morning, former GOP Rep. Charlie Dent (PA) called the loss of Rep. Will Hurd (R-TX) -- the only black Republican in the House -- a devastating blow to a party that is becoming more white while the country is becoming more diverse.

Speaking with host Kate Bolduan, Dent said the impact of Hurd not running for re-election reflects poorly on the Republican Party that has becoming dominated by Donald Trump with all of his racist baggage.

"Look, this is part of the shrinking of the Republican Party and, really, it's disastrous for them in the future," he began. "Yes, he was a Republican, he was black and he was also young -- I think he's 41 years-old so, in political terms, he's in his adolescence"

"It demonstrates something under Donald Trump. How do people like Will Hurd survive?" he asked. "He was the lone black Republican. We know that [ex-Rep] Mia Love (R-UT), who works with us now as a CNN commentator, was the first black woman Republican elected to the Congress of the United States and she's gone."

"I believe in great measure it is because Donald Trump is president of the United States," he insisted. "Just listen to Donald Trump after she lost. What did he say? "I'm going to help you get back the next time? He said you 'didn't show me enough love, you didn't like me enough,' right? 'You didn't support me enough -- that's why you went down.'"

Addressing the president directly, he added, "No, President Trump, you're destroying your own party and you're reducing your own party and that's why I think the future looks so bad. Here's the other thing: it is not just that they have a problem with minorities, but they also have a problem with women. So how is it that you build a coalition into the future so that you have a national presence as a party?"