Franklin Graham goes berserk over Taylor Swift and the Equality Act: ‘Pushing LGBTQ agenda down the throats of the American people’ 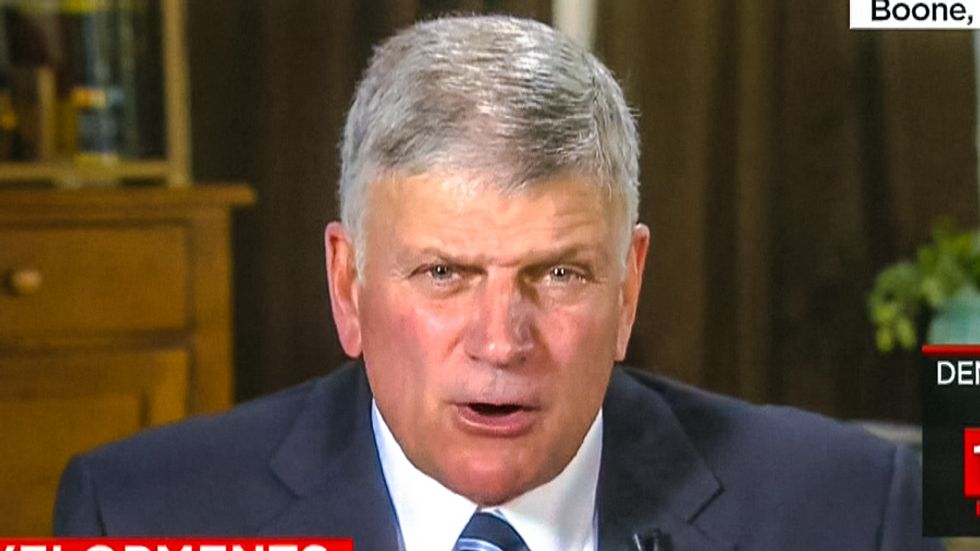 Evangelical Christian Franklin Graham is back attacking the LGBTQ community, this time taking social media swings at the Equality Act and singer-songwriter Taylor Swift. The legislation, which passed the House but will never see the light of day under Senate Majority Leader Mitch McConnell, would basically just expand the Civil Rights Act of 1964 to include protections for LGBTQ people.

But not according to the far right wing North Carolina-based religious extremist.

Graham was angry over the award-winning Swift's comments urging the White House to support the Equality Act, when she spoke at the MTV Video Music Awards (VMAs).

"Regardless of who we are, regardless of how we identify, at the end of this video there was a petition – and there still is a petition for the Equality Act, which basically just says we all deserve equal rights under the law," Swift said on stage, irking Graham.

"Shame on Taylor Swift for using her platform to try to push the socialist left’s so-called Equality Act, which has nothing to do with equality, but is about pushing the LGBTQ agenda down the throats of the American people," Graham wrote on Facebook, using the same language as President Trump frequently uses.

"When she received an award for her LGBTQ pride-themed music video at the MTV awards last night, she did a pitch for the Equality Act," Graham continued, falsely calling it "the most crushing threat to religious liberty in our nation’s history."

He then wrongly claims the Equality Act is "about trying to force those of us who don’t agree to accept and approve the LGBTQ lifestyle," and he warns defiantly, "I’m not going to accept that."

Graham and his supporters should know being LGBTQ is not a "lifestyle," and supporting equality is not socialism.