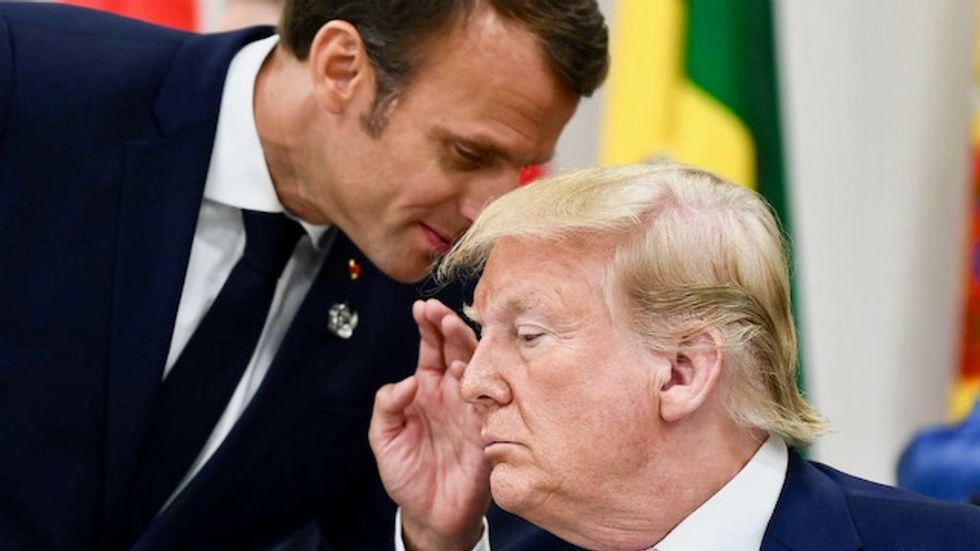 Brendan Smialowski, AFP | The French president has been seeking to defuse the brewing confrontation between Washington and Tehran.

With President Donald Trump at the latest G7 summit, all eyes are on the interactions between him and French President Emmanuel Macron. The two world leaders started off amicably, exchanging pleasantries, but behind the scenes, things have grown contentious.

According to Politico, Trump officials are railing against Macron, accusing him of trying to "fracture" the summit by steering the negotiations away from trade and into areas like climate change.

This development comes after Trump harshly criticized Macron for enacting a tax on digital services, which could increase costs for American tech companies like Google and Facebook. Trump threatened that if France does not suspend its "unfair" digital tax, "we'll be taxing their wine like they've never seen before." It is a threat that Trump has made repeatedly over the last few weeks whenever he has gotten angry at France.