George Conway tells White House staff after Trump's bonkers presser: 'Get him in the chopper up to Walter Reed' 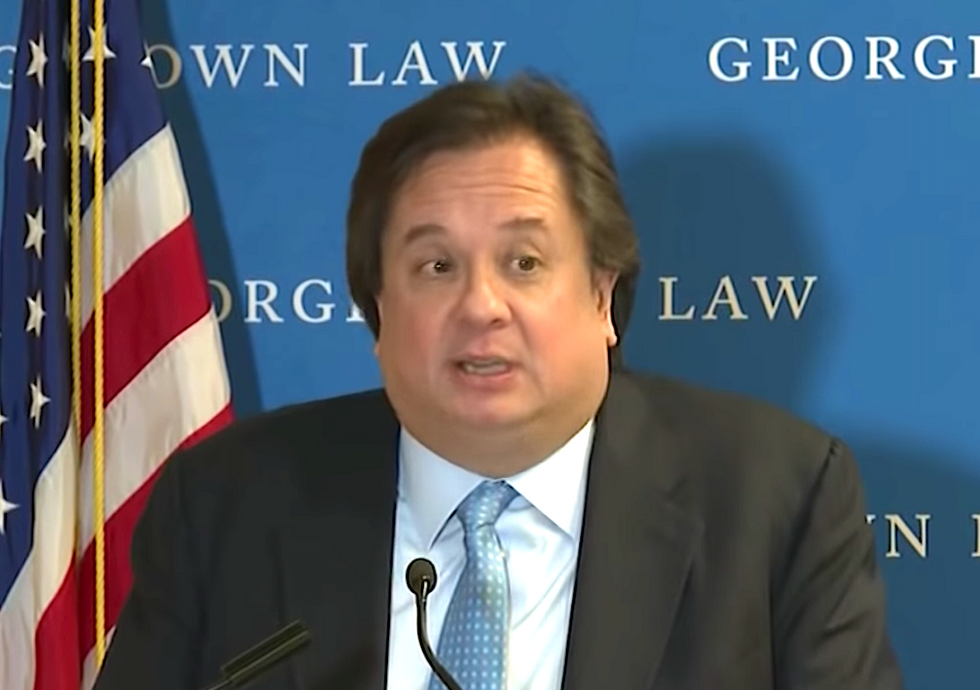 George Conway, husband of White House adviser Kellyanne Conway, is making his outspoken criticisms of President Trump known again, this time telling White House staffers that they should have their boss mentally committed.

Responding to Trump's recent exchange with reporters on the South Lawn of the White House where he referred to himself as the "chosen one" and doubled down on his recent assertion that Jews who vote against him are "disloyal," Conway fired off a tweet directed at White House staff, telling them that their boss is in dire need of medical attention.

"Seriously, its time to call these guys," Conway tweeted with a link to a page from Walter Reed's website citing the "Benefits of Behavioral Health Care."

"Time to get him in the chopper up to Bethesda," he added.

To @WhiteHouse Staff: Seriously, its time to call these guys. Time to get him in the chopper up to Bethesda: https://t.co/zyvfkkrj2S
— George Conway (@George Conway) 1566409252.0

As Mediaite points out, Conway has called for Trump to be whisked off to Walter Reed before. In June, Conway reacted to a rambling interview Trump gave to Fox Business and implored White House Acting Chief of Staff Mick Mulvaney to have the President committed.

"Mick, you need to take him to Walter Reed right away," Conway tweeted on June 26.

Questions about Trump's mental fitness are not just hyperbole. Late last month, a group of psychiatrists wanted Congress to ask former Special Counsel Robert Mueller if he would ever consider requesting an evaluation of Trump's mental stability.

“What was really alarming to us is the president did not meet any of the criteria for mental capacity and the level of incapacity was beyond our expectation,” Yale University professor and mental health expert Bandy Lee told The Washington Post.