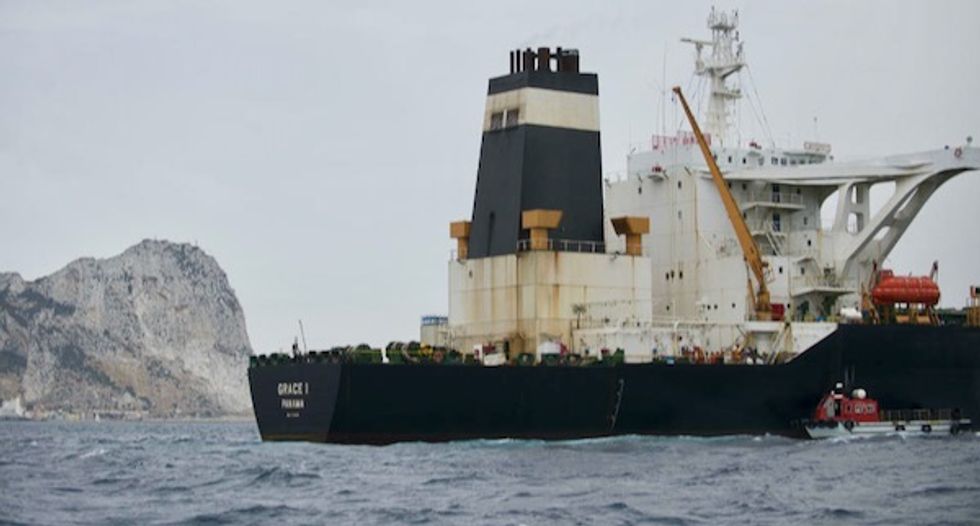 Jorge Guerrero, AFP | File photo of supertanker Grace 1 off the coast of Gibraltar on July 6, 2019.

A newspaper in Gibraltar says authorities have allowed an Iranian supertanker at the centre of a standoff with Tehran to leave, ignoring US requests to keep it detained. Washington had sought to seize the ship through legal action.

"Authorities in Gibraltar have released the Iranian supertanker Grace 1, which was seized on July 4 on suspicion it was shipping 2.1 million barrels of crude oil to Syria in breach of EU sanctions," local newspaper Gibraltar Chronicle said.

The Supreme Court in Gibraltar was ready to order the release of the vessel, but it delayed the decision after the US Department of Justice made a last-minute application to extend the vessel's detention, the Gibraltar government said earlier on Thursday. Gibraltar is a British overseas territory linked by a narrow stretch of land to southern Spain.

But the chief justice of Gibraltar's Supreme Court, Anthony Dudley, said there was no US application before the court when the hearing resumed on Thursday afternoon. "On that basis, Gibraltar's Chief Minister Fabian Picardo has decided to lift the detention order and allow the ship to sail," the newspaper said on Twitter.

The British territory says it has written assurance from Iran that the oil from Grace 1 will not go to an EU-sanctioned destination.