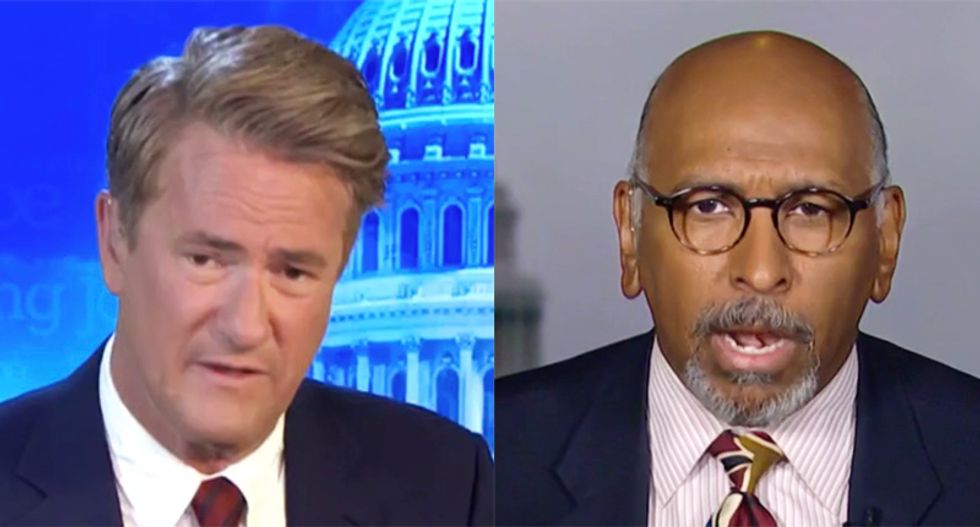 A "Morning Joe" interview with former Rep. Joe Walsh (R-IL) -- nnounced a primary challenge against President Donald Trump -- turned into a discussion on the Republican party's prospects in 2020 if the increasingly unpopular Trump remains at the top of the ticket.

With underdog Walsh making his pitch to unseat Trump as the GOP's nominee, saying, "He's unqualified, he is unfit, he's a child, he's reckless, he's erratic, he's a narcissist, he's mean, he's cruel and he lies every time he opens his mouth," he then made the case that GOP is in big trouble.

"Yeah, it will be very hard for the president to sustain the races beneath the presidential campaign," Steele conceded. "The House with a deficit of 30 some seats, with retirements now on top of that. The Senate, while a lot of people don't believe it's in play, with the right alignment on the Democratic side that could change."

2020 Election Media Video
Report typos and corrections to: corrections@rawstory.com.
Like this article ? Text `Support` to 50123 to donate.
READ COMMENTS - JOIN THE DISCUSSION