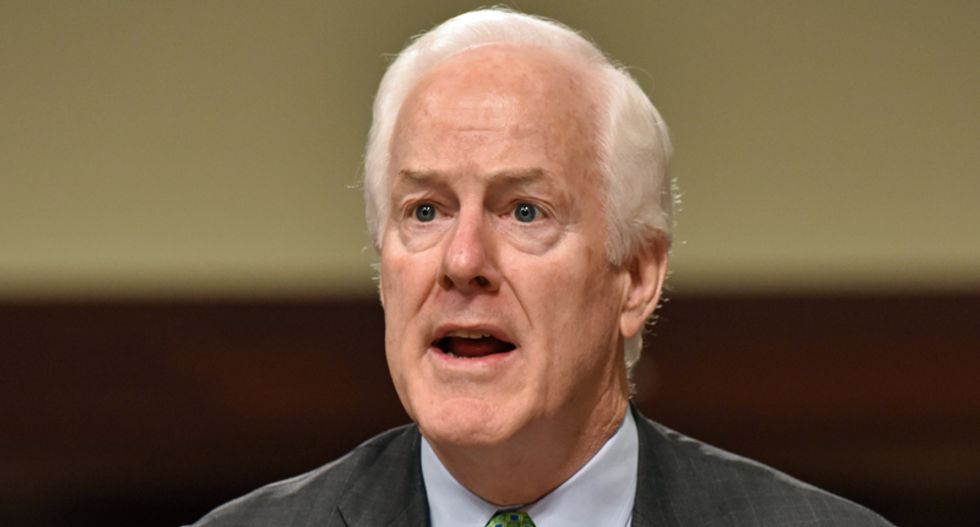 O'Rourke told MSNBC's Lawrence O'Donnell he "will not in any scenario run for the United States Senate."

The former El Paso congressman was widely considered to be Democrats' strongest candidate to challenge Cornyn in 2020.

No longer worried about O'Rourke, Cornyn took to Twitter on Friday to deny the reality of global climate change.

It started when Sen. Minority Leader Chuck Schumer (D-NY) noted that "July 2019 is was the hottest month ever, of any month, on record."

Cornyn added his commentary, that "it's summer."

In response, the internet hilariously mocked the Texan, who was criticized for taking $1,101,456 from the oil and gas industry before demanding Trump withdraw from the Paris Accords.

@JohnCornyn Cool thing you've got going here where you can knowingly lie about this but just pass it off as you being dumber than shit.
— Cody Johnston (@Cody Johnston)1565988736.0

@JohnCornyn That is just the type of flippant remark that reveals the depth of you ignorance, #ComradeCornyn. Texas… https://t.co/rSjf97Ner0
— James Peck (@James Peck)1565988911.0

@JohnCornyn You take millions from the fossil fuel industry. Life as a senator was worth life on Earth, John?
— Matt Deitsch (@Matt Deitsch)1565987538.0

@JohnCornyn Sir, this is a serious issue. Your tweet demonstrates a lack of serious thought or concern for your con… https://t.co/QdtvacVXGx
— Ash Nashed, MD (@Ash Nashed, MD)1565984787.0

@JohnCornyn You call yourself a leader and you can't tell the difference between climate and weather. Are you that… https://t.co/Ii6kRA8WmK
— Joe Lockhart (@Joe Lockhart)1565987149.0

@JohnCornyn I’m not really smart, but I think July last year, ten years ago, and a hundred years ago was still summer you dumbfuck.
— Tony Posnanski (@Tony Posnanski)1565991338.0

I'd have to check but I believe every other year in recorded history has also included this "summer" you're referri… https://t.co/0L7vekvwGH
— Lindsey Barrett (@Lindsey Barrett)1565988898.0

Cornyn offers a helpful reminder that the United States Republican Party is the only major political group on the p… https://t.co/JAwhs203b2
— Jared Rizzi (@Jared Rizzi)1565989710.0

A Senator that depends on the Oil and Gas industry to fund his campaigns engaging in performative idiocy for his pa… https://t.co/JXWPlPHoJS
— Dan Pfeiffer (@Dan Pfeiffer)1565988529.0