WATCH: Beto O’Rourke pours cold water on idea of running for US Senate in Texas during MSNBC interview 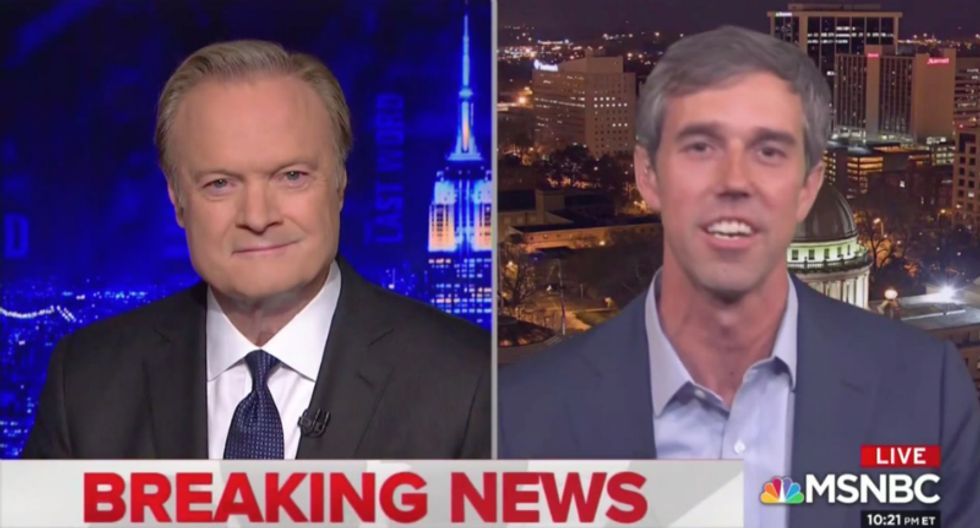 Former Rep. Beto O'Rourke (D-TX) rebuffed calls to run for U.S. Senate in Texas in 2020 during a Thursday evening interview with Lawrence O'Donnell on MSNBC's "The Last Word."

O'Rourke returned to the presidential campaign trail after having been focused on healing his hometown of El Paso, Texas following a white supremacist terrorist attack.

"Do have December 9th marked in your calendar? December 9th I believe is the last day I believe you can file in the Senate Democratic primary in Texas," O'Donnell explained. "And I’m afraid, congressman, you might be getting this question right up until December 9th."

"No, and let me make your show the place where I tell you and I tell the country I will not in any scenario run for the United States Senate," he replied.